2019 a turning point for JetBlue as Delta Airlines competition deepens

Delta Air Lines has been solidly building up its presence at Boston Logan International airport during the past few years and characterises Boston as an important focus city in its network. Its growth from the airport is continuing in 2019 as the airline adds flights to key business markets, upping competition with Boston’s largest airline, JetBlue, and other operators at airport.

The Delta-JetBlue rivalry is now firmly in place in Boston, and JetBlue will continue to compete fiercely to protect the investment it has made in Boston, a large portion of which centres on maintaining and growing its corporate passenger base in the market.

But even as JetBlue works to compete fiercely, it has faced some headwinds in Boston as Delta has expanded in the market on both leisure and business routes. In order to continue competing effectively with Delta, JetBlue may need to finally solidify plans for trans Atlantic routes from its second largest base.

JetBlue has been building up Boston Logan for more than decade, and the airline represents nearly 30% of the airport’s departing frequencies. The airline has been working to shore up its roster of lucrative corporate customers in the market, and at one point declared that it had contracts with every company of reasonable size in Boston except for one. 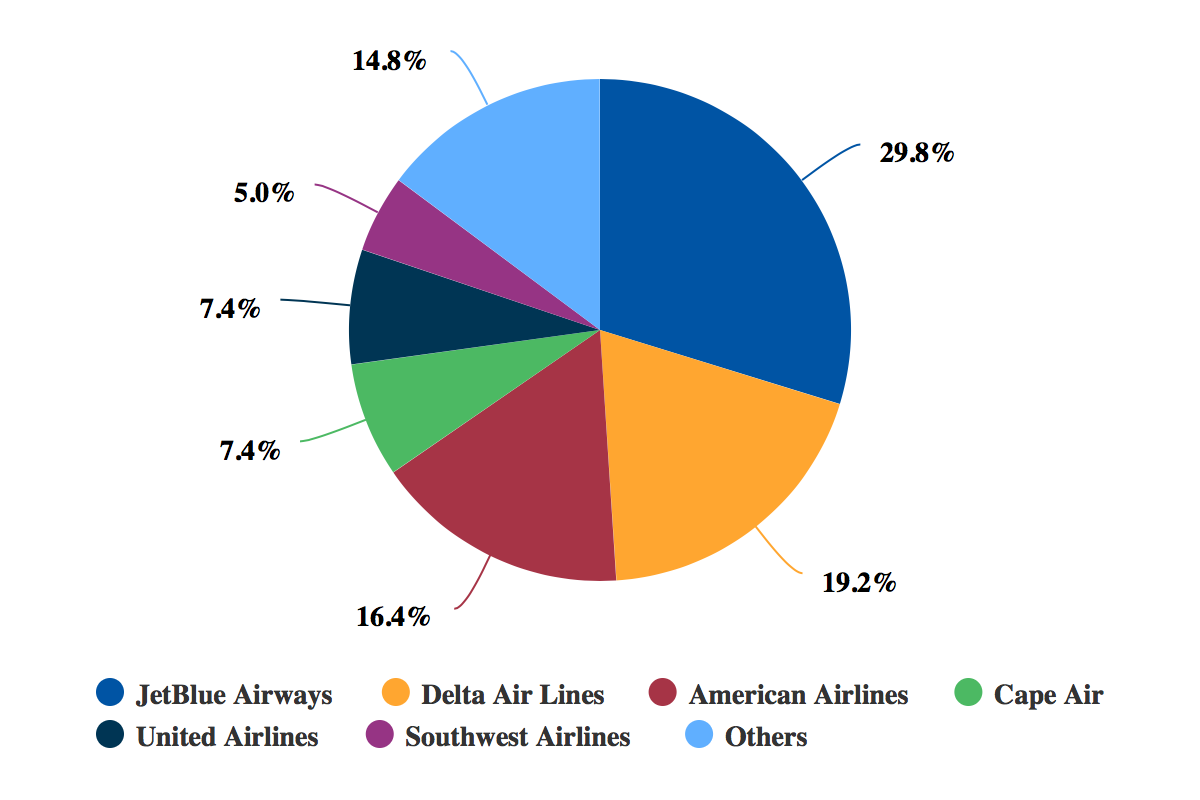 In the recent past, Boston has been a star performer for JetBlue; during 2Q2017 Boston was the airline’s highest margin producer among its focus cities. 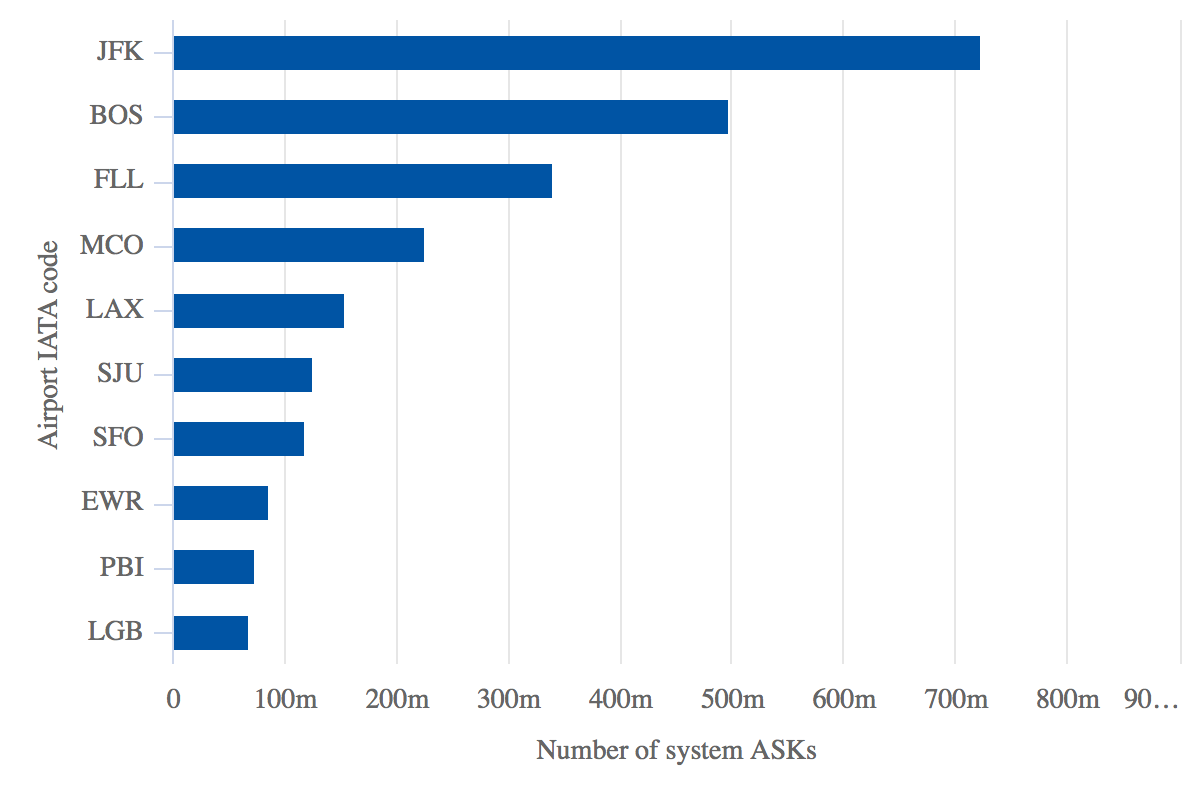 As JetBlue has worked to shore up corporate share in Boston, Delta has been expanding in the market.

Previously, Delta's approach has been that there are markets outside its core US domestic hubs that are worthy of investment, and during 2017 the airline identified Raleigh-Durham and Boston as focus cities. 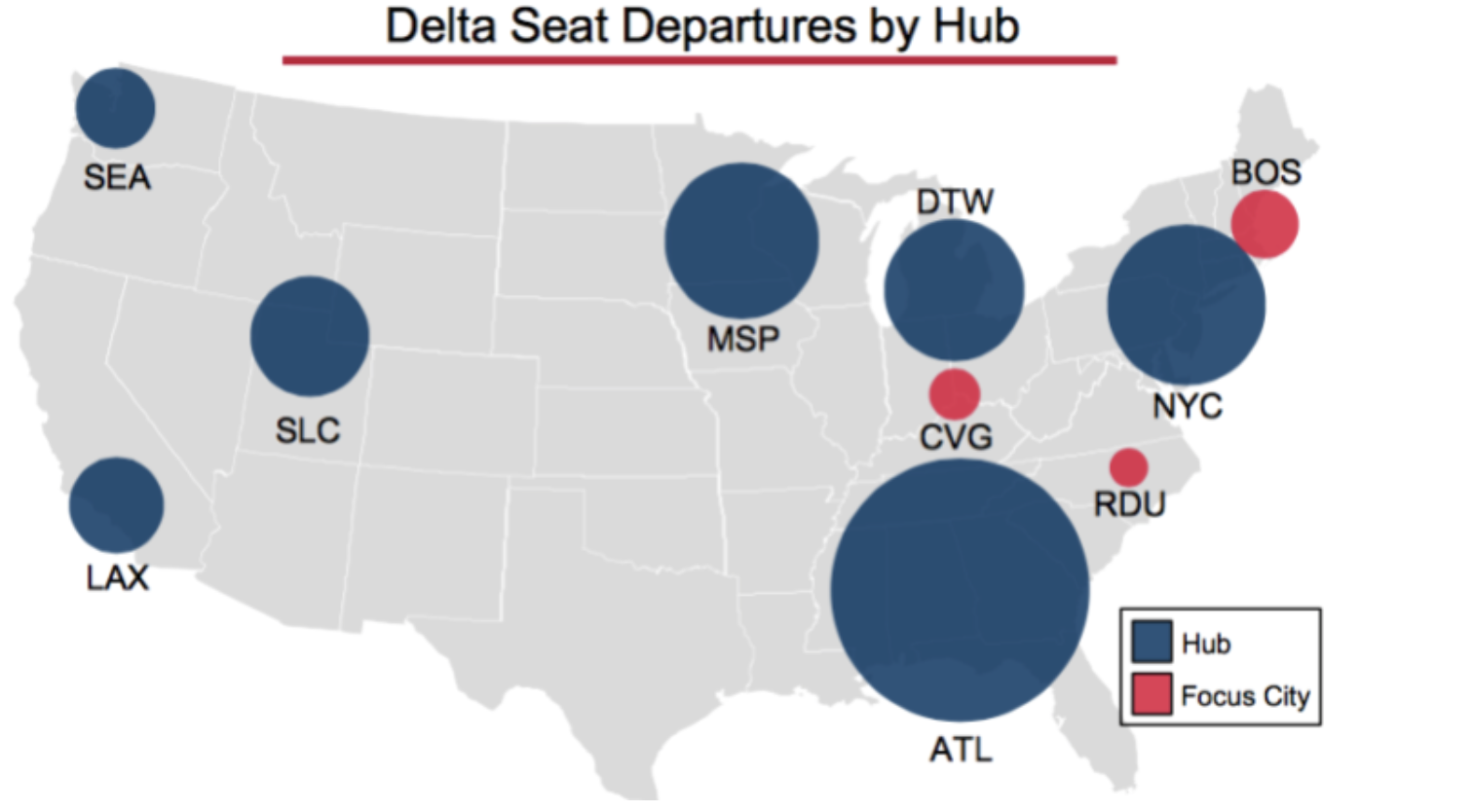 Delta has recently outlined expansion in 2019 from Boston to Cleveland, Washington National, Newark and Chicago OHare. All those markets are served by JetBlue – and other competitors, including American at National and O’Hare, and United in Cleveland and Newark. Delta is opting to restart flights to National from Boston after a six-year absence.

JetBlue's reprieve from headwinds in Boston could be brief

JetBlue has experienced some headwinds in Boston during 2018, citing pressure in unit revenues on leisure markets from the airport during 3Q2018 and noting growth from a legacy airline. Some of Delta’s domestic leisure markets from Boston include Orlando, Tampa, Jacksonville and Fort Lauderdale.

JetBlue foresees some easing of competitive capacity in Boston during 1Q2019, but that relief could be short-lived as Delta plans its spool up at the beginning of 2Q2019.

Overall, projections from CAPA and OAG show Logan’s ASK growth should bump up at the end of Mar-2018, just when Delta starts its latest expansion from the airport. 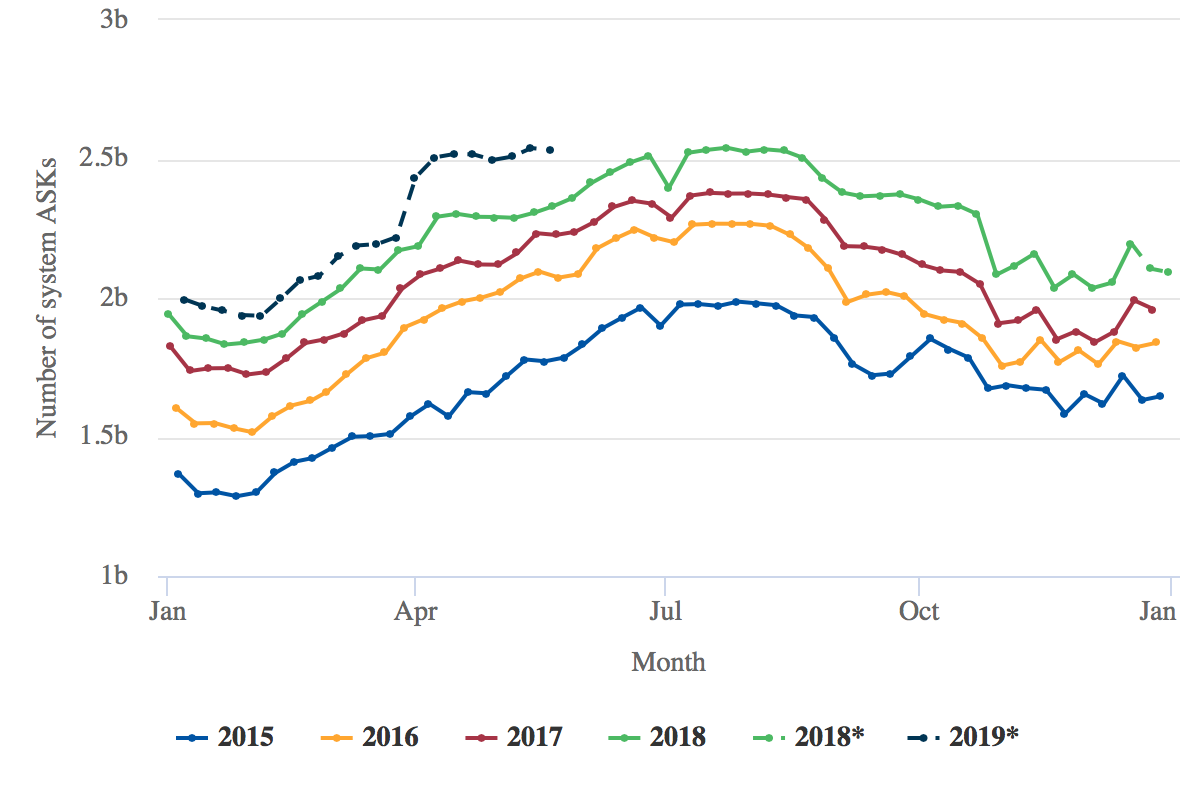 * These values are at least partly predictive up to 6 months from 10-Dec-2018 and may be subject to change.

As part of its marketing for Boston, Delta touts that it is the airport’s only global airline – which is correct. JetBlue has marked Boston as a launch pad for possible trans Atlantic flights but has yet to formalise any plans for expansion into long haul markets.

Iceland's WOW Air and Norwegian have experienced challenges as they expanded rapidly. Both airlines have various financial issues, and Icelandair recently opted not to pursue an acquisition of WOW. The ULCC specialist Indigo Partners is now working to become an investor in WOW, a move likely to create a powerful competitor.

WestJet has been operating trans Atlantic operations for a number of years, first with one-stop service with narrowbody jets then with older Boeing 767s. After some teething problems with the widebodies, WestJet constantly stated that its widebody flights were exceeding expectations. The airline is preparing to take delivery of three Boeing 787s for long haul flights in 2019.

JetBlue would operate Airbus A321LRs on potential trans Atlantic flights from Boston, which presumably have a lower operating cost than a widebody and would afford JetBlue an opportunity to capitalise on potential revenue from offering its Mint premium product on the routes.

It's really not whether but when...

There is a growing consensus that it is no longer a question of whether JetBlue will inaugurate trans Atlantic service, but when. It remains to be seen whether those predictions will come to fruition.

JetBlue is working to eliminate USD250 million to USD300 million in structural costs by 2020, so it is evaluating a potential trans Atlantic launch through that lens.

However, with Delta’s growing network breadth in Boston, especially in long haul markets, JetBlue may need to make a decision regarding trans Atlantic service sooner rather than later.

Over the past few years Delta has been in a position to look outside its core hubs to identify opportunities in Raleigh-Durham and Boston that were worthy of return on investment.

In some ways Boston is more of a gamble for Delta, given JetBlue’s commitment to the region. But Delta has one important asset: it size.

Delta inevitably would have done its due diligence on Boston before opting to invest in creating a focus city at the airport, and shows no signs of relenting in its plans for expansion at Logan. But its market power in 2019 could create a challenging time for Boston’s largest operators.