WTO ruling in, but is it really a victory for Boeing? – Suppliers Share Wrap

The World Trade Organisation handed down its preliminary ruling on the trans-Atlantic subsidy dispute between Airbus and Boeing, the most complex and commercially significant dispute in WTO history.

The 1,000 page initial document is technically confidential, but that has not prevented US politicians from claiming that the ruling overwhelmingly supports the US case that the EU has illegally provided subsidies to Airbus which have harmed Boeing and US interests. Boeing claims that as much as USD205 billion in aid has been provided to Airbus since its formation.

Politicians from Boeing’s home state of Washington have seized on the ruling as a validation of the US case, claiming that “all Airbus aircraft…received illegal subsidies” and that the EU subsidies, mostly in the form of launch aid, have done “material harm to Boeing” and US interests. According to US Senator, Maria Cantwell, the ruling will “help restore true competition in the commercial aviation market."

Just another step in the process

A full ruling is not due for another four to six months, and some reports indicate that the initial ruling is less clear-cut that US trade representatives and lawmakers might have hoped. EU officials have countered US claims of a “great victory”, indicating that the highly complex document is open to interpretation and that nearly 70% of US claims were dismissed by the WTO. Some loans granted to Airbus were a “permissible” form of financing.

This potentially has strong implications for Airbus’ new A350 programme, and the EUR3.3 billion in development aid so far earmarked for it. The US case does not explicitly include financing for the A350 programme. European governments have already made it clear they will continue to support Airbus with assistance, even if it means that the US launches another case in the WTO.

Investors were equally split on the outcome of the report, with both manufacturers trading higher on Friday. Boeing's shares were up 1.4% while EADS, Airbus’ parent, was up 1.6%, although it traded down sharply towards the end of the day.

The preliminary ruling represents just one more step in a process that could potentially stretch for another three to four years. An EU counter case, addressing claims of subsidies and support provided to Boeing, is not due to be ruled on until early 2010 and the WTO dispute resolution process could reportedly stretch into 2013. According to EU trade spokesman, Luiz Guellner, the WTO’s Friday ruling “is only half the story” and the EU is confident in the success of its own case.

Rest of the world watching on

In the trillion dollar aircraft market, other nations and their aircraft manufacturers will also be awaiting the full outcome with interest. Other major commercial aircraft manufacturers, Embraer and Bombardier have already undergone their own struggle over subsidies, which resulted in tit-for-tat retaliatory trade sanctions between Brazil and Canada. Meanwhile, Japan’s Mitsubishi has already secured government support approximately one third of the development costs for its new regional jet programme.

China recently embarked on a major restructuring of its aerospace manufacturing sector and is aiming to eventually build a national manufacturer to challenge Airbus and Boeing. Russia, which is not a WTO member, centralised its aircraft manufacturing under the United Aircraft Corporation, formed in 2006, and is also pushing ahead with its own commercial aircraft development. 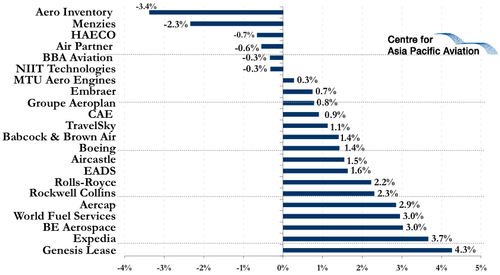