Premium travel, the lifeblood of full service airline business models, staged a strong recovery in the first quarter of 2010, although the number of passengers travelling in First and Business classes are still some 15% below their pre-recession levels, according to IATA. Premium demand rose 10.8% year-on-year in Mar-2010, capping off a good first quarter, but growth has not been evenly distributed and the Apr-2010 European airspace closures represented a set-back in the recovery process. 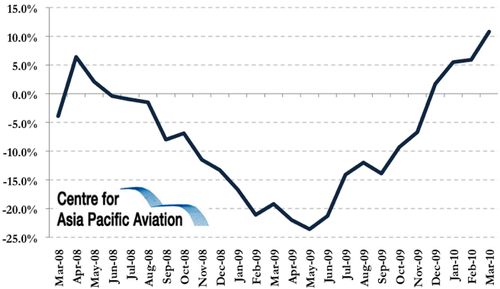 Yields higher thanks to capacity management

Yields have turned up from their mid-2009 lows, according to IATA, “as record load factors have tightened supply-demand conditions”. However, the industry body noted that yields have not recovered the ground lost during the recession to the same extent as travel demand.

Premium yields (by the end of the first quarter) have risen some 10% year-on-year and IATA estimates that premium revenues are 30% higher than the previous year, “though it should be noted that this rise is from low point of the revenue cycle”. 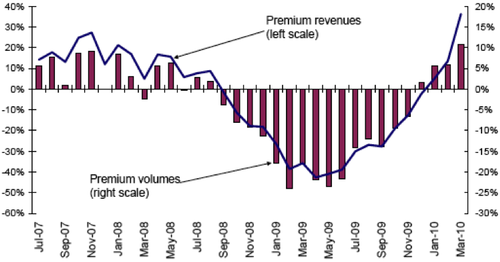 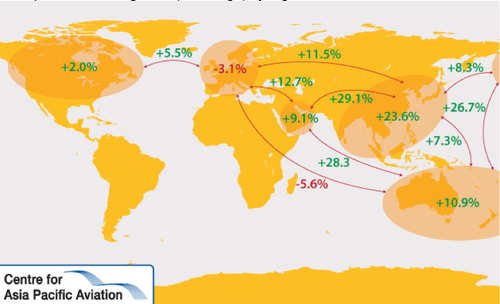 The Europe-Far East market and the North and Mid Pacific markets for premium travel are also strengthening with first quarter rises of 11.5% and 8.3%, respectively. These markets were even stronger in Mar-2010, rising 17.6% and 13.3%, respectively. 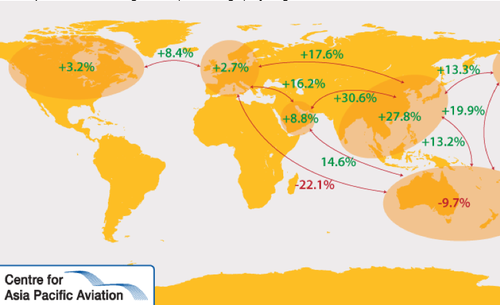 The segments to the Middle East also continued to show strong growth, partly reflecting economic growth in the region but also market share gains by Middle Eastern airlines on long-haul markets connecting over their Middle East hubs. Europe-Middle East was up 12.7% for premium travel. Middle East-Far East was up 29%. (IATA noted the Middle East data is flight segment rather than Origin-Destination based). 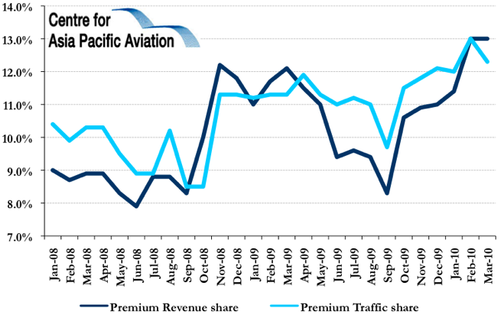 Outlook: Business flying again, but confidence to be tested by European debt crisis

IATA concluded that the decline and subsequent rise of premium travel over the past two years has been cyclical, rather than a "permanent shrinkage of the premium travel market". But the industry body did warn that yields may not recover in the same way.

As business confidence and world trade have turned up sharply, “business travellers have returned”, said IATA.

But the ongoing sovereign debt concerns in Europe is once again testing confidence in the sustainability of this recovery. Airlines will benefit from a slide in oil prices as investor doubts linger, but they would prefer to see a stronger underlying global economy, to ensure the lifeblood of their operations – business travelers – keeps pumping.