World airports – “Too early to call a recovery” - ACI

Airports Council International (ACI) Director General, Angela Gittens, has warned the world’s airports to expect May-2009 traffic results to be “more sobering once again”, after its members reported a 3% decrease in passenger throughput in Apr-2009. Reflecting on the April data, Ms Gittens stated, “if we look at the long term trends we may be near a turnaround point, but it is too early to call a recovery”.

ACI reports its members experienced a 1.8% decline in international passenger traffic last month, while domestic traffic fell by 4.9%.  The airports body noted that while it was “encouraged” to see that the declining traffic trend seen in the first quarter appears to be easing, “we need to put them into perspective and consider that Easter fell in April this year distorting results upwards, particularly international traffic.” 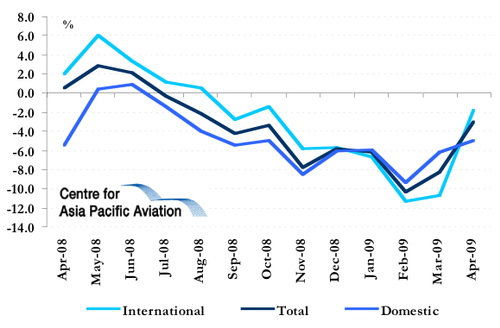 Freight on a “plateau”

Ms Gittens stated, “freight remains on a plateau waiting to confirm a rebound in international trade. Volumes in maritime trade have picked up briskly recently indicating that global trade is on the rise again. But demand is not yet strong enough that goods have to be shipped fast by air and large inventories are still being depleted weighing on order volumes.” 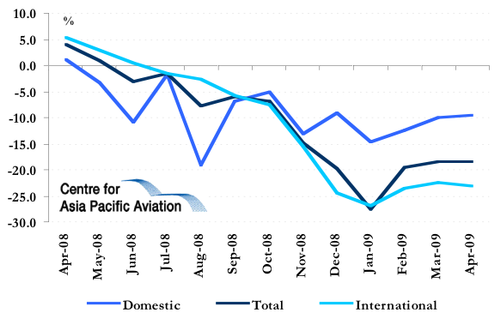 Middle East led the regions in terms of passenger numbers growth, with a 9.5% increase in international throughput, and all cities reporting positive results, according to ACI. 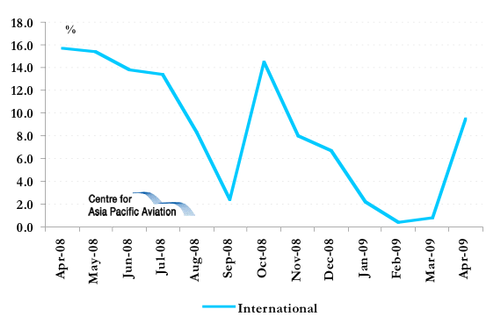 The Middle East was also the least impacted freight region, with international freight down by just 1.4%. (ACI noted there is insufficient data to comment on domestic freight results in this region).

ACI stated domestic freight in the region “shows promising signs”, with results equal to those of April 2008, whereas international results across Asia Pacific were down by a “stark” 22%. Beijing is illustrative of the domestic - international difference, with international freight down by 9% and domestic up by 11%, yielding modest 1.7% overall increase.  Major freight hubs Bangkok, Hong Kong, Incheon, Shanghai, and Singapore reported double-digit international traffic slumps.

In North America, of the major airports only the holiday destinations in Florida saw an increase in international traffic, whereas Atlanta and Dallas Fort Worth remained flat, and traffic at Chicago, Los Angeles, Sacramento, San Jose, Toronto and Vancouver decreased. The largest freight airport worldwide, Memphis, had a 5% decrease in domestic freight traffic in Apr-2009.

In Latin America, although Mexico City was down by 3.8%, other destinations reported increases in international traffic including Buenos Aires, Cancun, Lima, Montego Bay, Montevideo and Rio de Janeiro. The effects of the H1N1 virus on April results are seen as minor since the outbreak only occurred at the end of the month.

Outlook: No recovery yet

ACI concluded that the May-2009 performance would be weak, when compared to “robust growth” in May 2008. It added May traffic would not enjoy a boost from holiday factors, while there will “certainly be a negative impact of H1N1 in Latin America/ Caribbean and North America”.