Will the JAL bankruptcy be good for smaller manufacturers? – Suppliers Share Wrap

The bankruptcy and restructuring of Japan Airlines may have an upside for manufacturers of smaller aircraft, with the carrier announcing plans to slash its fleet of widebody aircraft and acquire smaller aircraft, allowing it to focus on more local and regional routes.

JAL reportedly plans to dispose of 37 B747-400s and 16 MD-90s, and there are suggestions it could also eliminate other older aircraft, such as MD-81s and A300s. Candidates to replace these aircraft reportedly include regional jets from Embraer, as well as the new Mitsubishi Regional Jet, potentially providing a major boost for the programme. The Bombardier CSeries could also fill the role. The carrier plans to introduce 50 small and mid-sized regional jets as part of its revival.

The involvement of the Japanese Government in the JAL bankruptcy and restructuring adds weight to speculation that the MRJ could be a prime candidate for JAL’s fleet restructuring.

JAL has orders for 71 Boeing aircraft, including 20 B737NGs, nine B767 and seven B777s and 35 B787s. 21 of these (ten 737s, two B777s and all the B767s) had not previously been attributed by Boeing to the carrier. Boeing VP Marketing Commercial Airplanes, Randy Tinseth, stated JAL's move to ground older models may depress the resale and rental value of B747s and B767s.

For a daily wrap of airline fleets, financing and manufacturer news - plus updates on aircraft lease rates and valuations, sign-up now to receive Aviation Investor Daily - a new JV product brought to you by CAPA and Ascend. It's free until 31-Mar-2010. 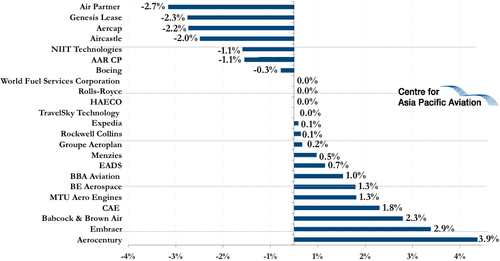