WestJet’s shares were down 1.2% yesterday, as the carrier unveiled its flight schedule for Summer 2010, featuring five new routes and expanded service on 19 trans-border and international routes. WestJet previously stated it expects capacity growth of between 5-10% in 2010, following growth of 2-3% in 2009. 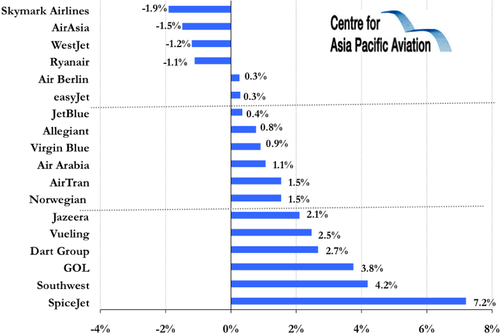