The level of financial may have reached as much as MOP100 million (USD12.5 million), according to the reports.

Also gaining strongly yesterday was South Africa’s 1time Holdings, while on the other end of the spectrum, GOL’s shares slipped 2.9%. 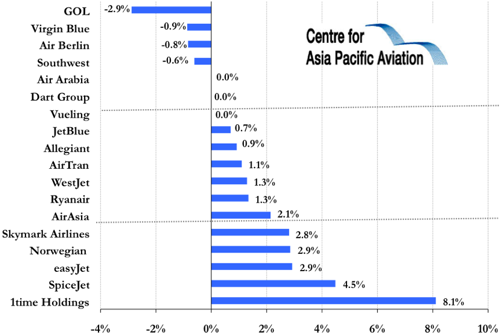