Virgin Blue's share fell back 5.4% yesterday, as the carrier warned of further cutbacks after it announced plans to cut 28 of its 330 daily flights and said there would be fewer redundancies than the 400 initially expected.

The schedule changes will take place from 07-May-2009, as the airline removes five B737s from domestic service. The airline said it had not withdrawn from any markets, but had targeted high-frequency routes where flights could be consolidated. 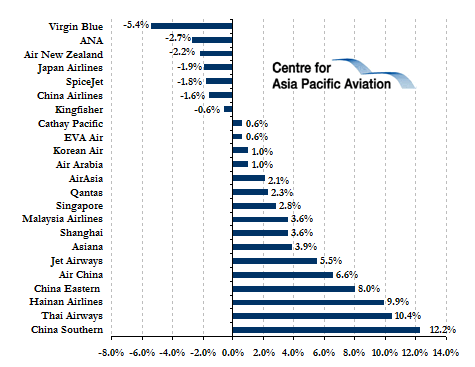 The 'Big Three' Chinese airlines' shares are all in positive territory this year, while Hainan Airlines shares have shot up 50% this year, after a 9.9% gain yesterday. 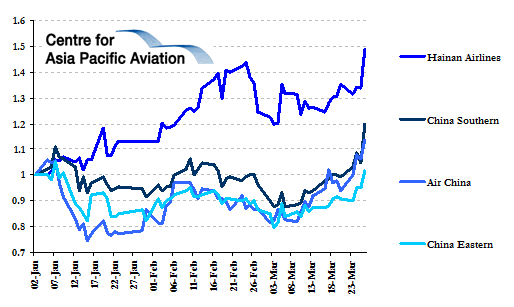