“From today, Virgin Australia will operate domestically in Australia. By the end of the year, our international product V Australia and Pacific Blue will also operate under the Virgin Australia name.” With these words, Virgin Australia’s “first ever CEO”, John Borghetti, made the breakthrough announcement he had been hoping to make ever since he took over the 10-year-old Virgin Blue a year ago.

The announcement is about more than just a new coat of paint. Although the new brand looks the part – a suitable new beginning for Australia’s second airline – the airline had been widely expected to make the change for the domestic airline. The big question was over whether an accommodation could be made with Singapore Airlines to allow the use of the Virgin name internationally. 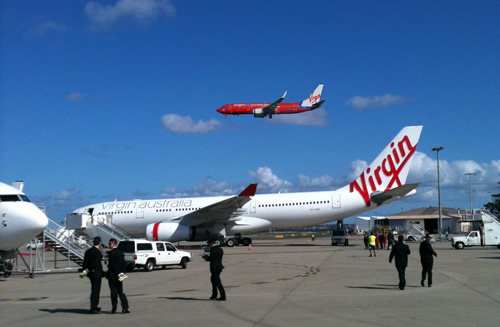 That issue now appears clearly to have been squared away and the Virgin Australia brand will be rolled out across what is currently V Australia (and Paciifc Blue) “by the end of this calendar year”, once all the technical and image issues have been organised. 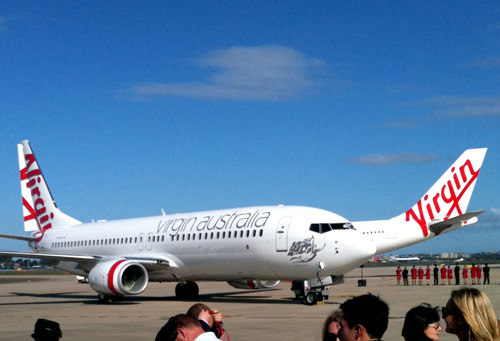 What’s in a brand?

When you have a choice to buy Coca Cola or Something Cola and the product looks and costs more or less the same, there’s a very high probability you will choose Coke. That is about branding and the impact of brand recognition. Ask Sir Richard Branson. He set up in the US to take on Coca Cola with the new brand, Virgin Cola.

That Cola adventure was one of the occasions the Virgin brand flunked. Coke was so well entrenched that even Virgin hit the wall. But Virgin today stands as one of the world’s leading and most recognisable brands. That’s why since he became head of Virgin Blue Group Mr Borghetti has been so keen to make much more effective use of the Virgin name. After all, in his portfolio of airlines, he has Pacific Blue, Polynesian Blue and – most importantly - V Australia, as well as the home brand. Not an easy selling mixture for a little airline, so tantalisingly close to such a sexy brand.

There were complications to overcome however. First of all there was the restriction on international use of the Virgin name on any airline. That’s because Singapore Airlines, in one of its less attractive acquisitions, has been the less-than-proud owner of 49% of Virgin Atlantic for nearly a decade now. They imposed a prior-approval condition on the use of the Virgin name internationally – understandably, as they didn’t want to find themselves operating head to head in their own markets with another Virgin carrier.

Today’s announcement makes clear that agreement has been reached with SIA on the issue.

Then there is the fact that Sir Richard Branson is not one to overlook the value of his brand. Although he is for all appearances the owner of Virgin Blue Group, he is in fact only a minority shareholder. He (or technically Virgin Management) will be taking a continuing hefty slice of Virgin Blue Group’s revenues for the privilege of using his brand – reputedly several percentage points of gross revenue. Mr Borghetti will have had to negotiate hard to keep that outgoing within reasonable bounds, when he was such a keen buyer. 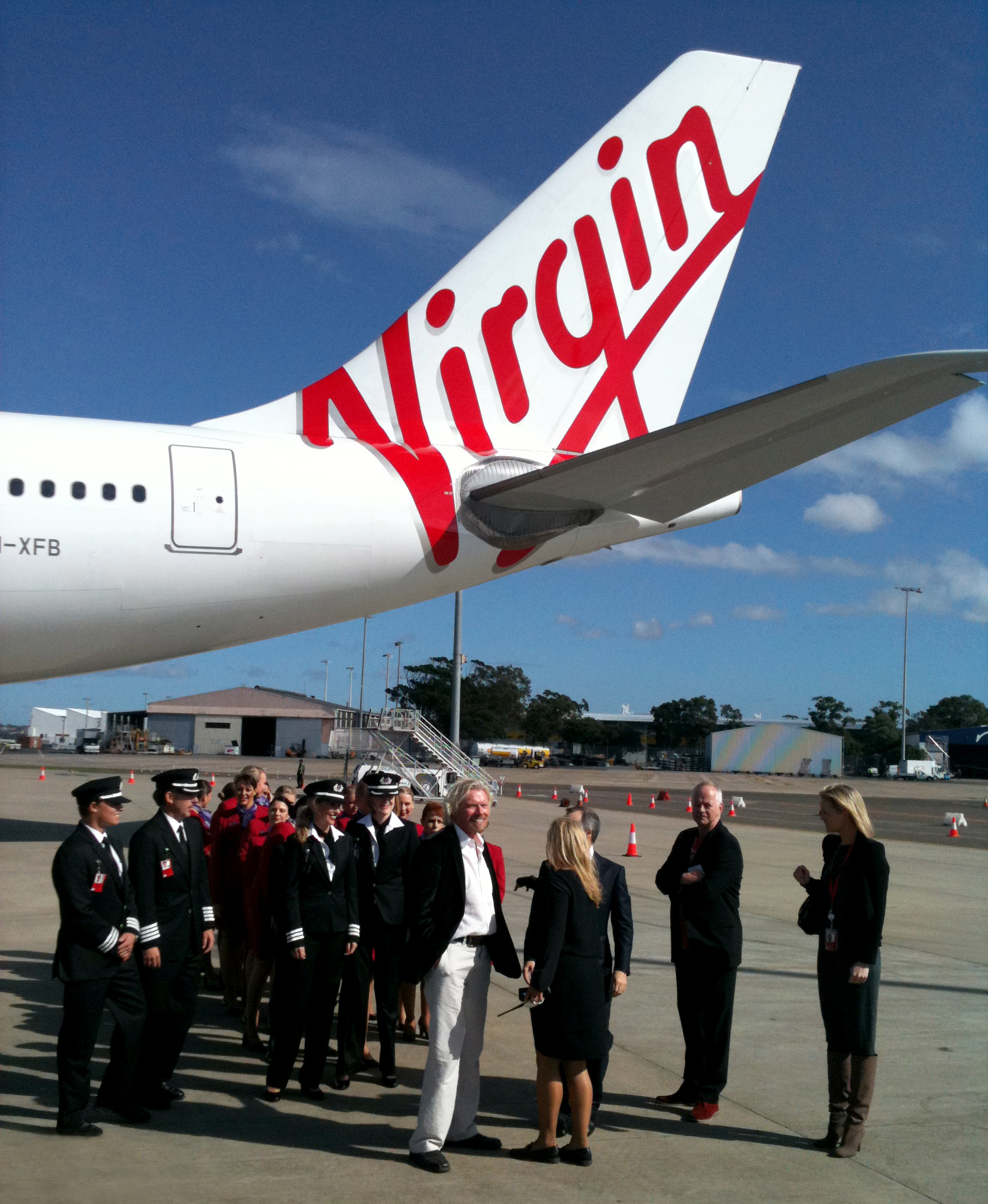 The SIA deal itself offers some intriguing possibilities. There is at least another shoe to drop on that story.

On the one hand, Virgin Australia has aspirations to fly in Asia; one possibility is that there is to be cooperation between the two in these markets. That is much less likely than the prospect that the sale of SIA’s share is proceeding to some form of conclusion. A new CEO at the Singapore flag carrier will be keen to get that blot off his slate as he embarks on his role. This marks an important step in those negotiations, wherever they may lead.

Sir Richard will have been very much engaged in those three-way talks too.

A new airline but still some miles to go

It was, however, Mr Borghetti’s day. In just 12 months, he has achieved much of what he set out to in getting the new airline launched. Virgin Australia is a very different animal from the two aircraft low-cost operator which was chasing an AOC just a decade ago.

Today was a big symbolic step in that direction, following establishment of a set of alliances, with 15% owner Air New Zealand, with Etihad and with Delta in its international markets. Only the approvals for the Delta partnership (likely, but not definite) remain to be put in place. Domestically there is also a raft of product enhancements which go towards making the airline a totally full service operation. And today’s symbolism has a hard edge to it with the ability to use the brand internationally.

All Mr Borghetti has to do now is win over some of the 88% of the corporate market that Qantas controls. The product ingredients are in place. But there are challenges, with high fuel prices, a cautious retail market, stiff competition and the challenge of making the airline profitable while all the new costs are being absorbed. The journey begins today for Virgin Australia.