Virgin Atlantic Airways founder Sir Richard Branson in Jan-2011 stated the carrier plans to join a global alliance with an agreement expected within 12 months in order to survive in the face of "mega alliances" and the rapid pace of consolidation among competitors. The increased consolidation activity and alliance focus has been accelerated by the global downturn that Virgin Atlantic CEO Steve Ridgway has stated has changed the industry for good.

Announcing the alliance plans, Sir Richard said: “We’ve enjoyed being independent but we think that having some kind of alliance attached to Virgin Atlantic will make us that much stronger. We’re going to need a big brother to take us through the next 30 years. Most of the people we talked to are keen to have Virgin as part of their alliance, and that’s the more likely outcome.”

"Since the competition authorities in their wisdom have allowed these mega alliances, in order to protect Virgin Atlantic long term ... we're now going to have to make sure we have the firepower and the strength to survive the next 50 years.”

SkyTeam does not have a UK-based airline partner. Star Alliance, meanwhile, includes Air New Zealand with whom Virgin Blue has a trans-Tasman partnership as a member, in addition to Singapore Airlines, which is a part owner of Virgin Atlantic. The SkyTeam Alliance includes Delta Air Lines with whom Virgin Blue is seeking to forge a partnership between Australia and the US. 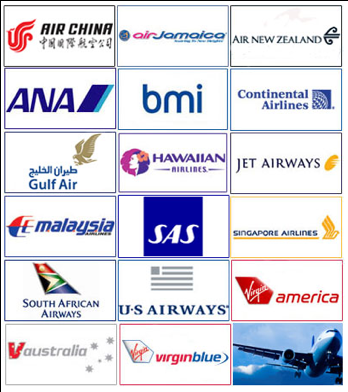 Virgin Atlantic Airways spokeswoman Polly Durrant in late Jan-2011 stated Sir Richard is still in the early stages of assessing the carrier’s future. “Deutsche Bank AG is working with Virgin Atlantic and Virgin Group to assess the current aviation marketplace and seek growth opportunities for Virgin Atlantic. This study is at a very early stage so there is no further comment to make at this time,” she said.

Virgin Atlantic added that it has received a "number of lines of enquiry" from interested parties with Deutsche Bank AG assessing these growth opportunities with the ultimate aim of ensuring that the carrier remains on the aviation landscape. The carrier, in mid-Dec-2010, stated it expects Deutsche Bank's work to “run on for a number of months”.

Deutsche Bank was hired to explore its options after British Airways gained approval to increase trans-Atlantic cooperation with American Airlines and Iberia. Iberia and British Airways, meanwhile, completed their merger on 24-Jan-2011 creating International Airlines Group (IAG). IAG has previously stated it would be interested in pursuing consolidation activity in the future. Sir Richard has fiercely opposed the British Airways tie-up.

Sir Richard commented that it was "unlikely" that any agreement would end his control of the airline. He previously commented that he was “reluctantly looking” at selling down the Group’s stake in Virgin Atlantic, to ensure it survives the growing competition on many key routes.

He added: “My preference would be to keep control of the airline. Obviously Virgin Atlantic has been a bit of a baby to me. We're obviously very attached to the airline but equally I want to be sure she's still around in 50 years' time."

Singapore Airlines has stated it remains open to any "interesting" opportunity to sell its stake in the carrier. Former CEO Chew Choon Seng two years ago stated the carrier’s Virgin Atlantic investment was “underperforming” while spokesperson Nicholas Ionides recently stated the carrier would consider “interesting opportunities” for the stake. Virgin spokesperson Greg Dawson however, stated SIA is “very supportive of our business strategy”.

A number of potential new partners have been mentioned. On 23-Jan-2011, Sunday Times reported that Etihad Airways CEO James Hogan had written to Deutsche Bank to express “top-level interest” in Virgin Atlantic. Etihad responded to the reports by stating: “We have no comment other than that we talk regularly and frequently to many airlines and a range of other businesses from all over the world about business issues and opportunities." Delta Air Lines has, meanwhile, declined to comment on speculative reports when asked if it was in merger talks with Virgin Atlantic.

Ryanair, AirAsia and Emirates in Dec-2010 all separately confirmed they had no intention of purchasing a stake in Virgin Atlantic following media speculation on the topic.

Ryanair spokesman Stephen McNamara, denying the reports, commented: “In business as in life, Virgin will have many pursuers but Ryanair will not be one of them. While Ryanair has a long-stated plan to enter the trans-Atlantic market with a revolutionary really low fares service, we are too busy screwing Air France, BA and Lufthansa to waste time on a high-fare Virgin.” Meanwhile, Emirates CEO Tim Clark stated: "It's nothing to do with us. Virgin must be in a state of limbo at the moment with all the consolidation that's happening in Europe. They must be worried about what's going on there as it's a small player." AirAsia CEO Tony Fernandes similarly stated there are “no discussions taking place” between the carriers.

Outlook: Future reliant on becoming ‘part of a bigger group’

Virgin Atlantic’s two shareholders, Virgin Group and Singapore Airlines, and the carrier’s management are considering their options as it becomes clear, as noted by CEO Steve Ridgway, that the carrier’s future competitiveness is reliant on becoming “part of a bigger group”. Both Virgin Group and Singapore Airlines appear willing to sell at least part of their ownership positions in the UK carrier although Sir Richard has noted his intention to remain a shareholder in the company that he founded.

Delta Air Lines and Etihad Airways have both been noted as potential investors in Virgin Atlantic. Delta is the only one of the "big three" US carriers without a local partner in London Heathrow now that the alliance between American and British Airways has reached regulatory approval. Etihad, which has reportedly expressed interest in the carrier in Jan-2011, is also said to have considered Virgin Atlantic in 2008 as part of its broader strategic analysis. The Abu Dhabi-based airline had been looking for local feed in Europe, although this is something that Virgin Atlantic cannot deliver with its international network. 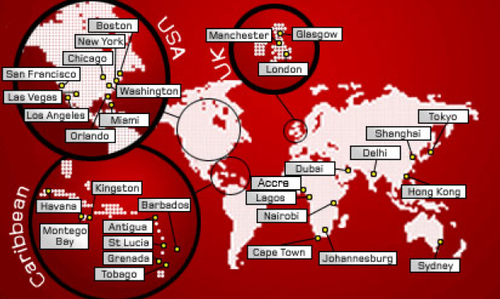 The loss-making carrier does present significant opportunities to a potential investor or partner with Deutsche Bank reviewing these options at present. Virgin Atlantic is the only one of the three London Heathrow-based airlines (along with British Airways and bmi) that is neither part of a larger group nor even of an alliance. This presence in London Heathrow and the ownership of the extremely valuable London Heathrow slots, is one of Virgin Atlantic’s biggest drawcards. The airline holds around 3% of slots at the airport, around the same level as American Airlines but less than British Airways which controls 42% of the slots and bmi 11%.