Las Vegas McCarran International Airport reported a 2.2% increase in passenger numbers in Mar-2011 to 3.56 million, taking the first quarter tally to 9.65 million, up 3.1%. But there are some key changes in the carrier mix at the airport beneath the headline figures.

Delta, the airport's second biggest carrier, reported a 2.8% lift in traffic last month, while American Airlines rose to fourth place behind US Airways with a 5.8% increase in pax last month at McCarran.

United's numbers continued to fall as it reduces services at the airport. Passenger numbers were down 19.1% in Mar-2011 and 10.9% for the first quarter. United has now slid from third to fifth at McCarran.

Passenger numbers in March were slightly below 2009 levels. NB: CAPA now offers on-demand monthly airport traffic graphs for well over 100 of the world's leading airports on its Profile pages. 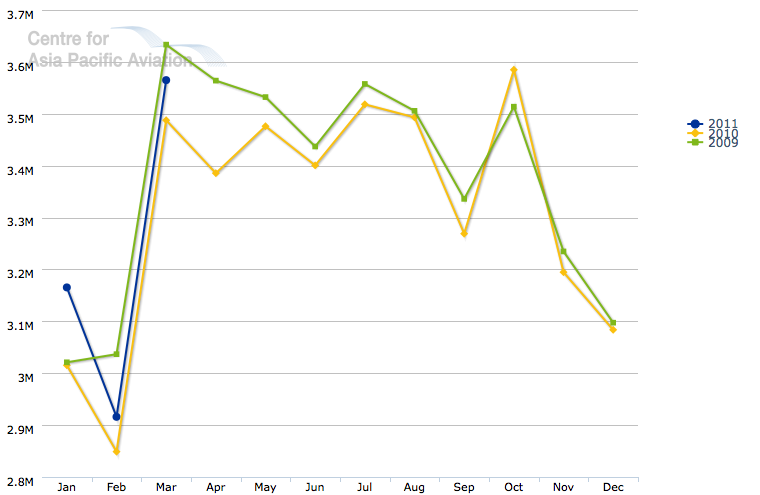