The airline added that 2010 financial and operational results have exceeded expectations and a “good indicator for us to achieve our 2011 growth target”, concluding, “we are eager to continue to apply our long term growth strategies without making any concession on our profits”.

Elsewhere, it was a mixed day for European airline stocks, with SAS falling 1.6% and Finnair gaining 0.4%. 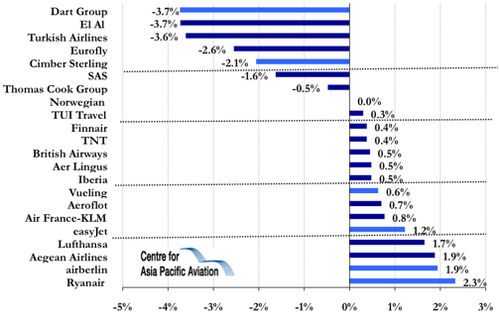