Shares in Turkish Airlines dipped 0.4% yesterday, upon the release of the carrier’s traffic results for the ten months ended 31-Oct-2009. The carrier increased its passenger numbers 10.1% year-on-year during the period, to 20.9 million, as international Business-class and transit passengers rose 4.7% and 44.7% year-on-year, respectively.

Aer Lingus’ shares lost 3.3% yesterday. The Irish carrier is considering offers for the sale, or sale and leaseback of its aircraft, including four A330s, three A321s and four A320s, after launching a tender for the aircraft on 07-Oct-2009. The total number of aircraft placed on the market was not disclosed. The aircraft are all reportedly at least eight years old. 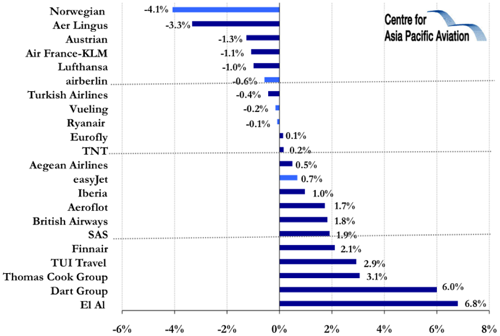