Japan's Tokyo Narita International Airport Corp announced plans for expansion that will involve the construction of a new low-cost carrier terminal (LCCT), as well as the expansion of existing terminals, following calls from budget carriers for a reduction of its landing fees and other airport costs. The airport plans to double the number of regular domestic routes to 16 and reach a total of 300,000 arrival and departure slots by increasing them by 30,000 in fiscal 2011, 20,000 in fiscal 2012 and 30,000 in fiscal 2014.

The corporation reached a final accord on 13-Oct-2010 over the increase in landing slots meeting with the central government, the Chiba prefectural government and nine municipalities. Based on the agreement, the company will decide on the expansions and the new terminals in late Oct-2010.

Meanwhile, Tokyo Haneda Airport's second terminal extension commenced operation on 13-Oct-2010. The 50,000sqm extension increases the terminal's total floor space to approximately 250,000sqm. The number of luggage inspection areas will increase from two to four. Japan Airport Terminal Co (0%) spent approximately USD233 million (JPY19 billion) extending the existing terminal building to the south. Upon the commencement of operation of its fourth runway in late Oct-2010, the airport will have 60,000 yearly slots - 30,000 for day and 30,000 for early morning and late night services. 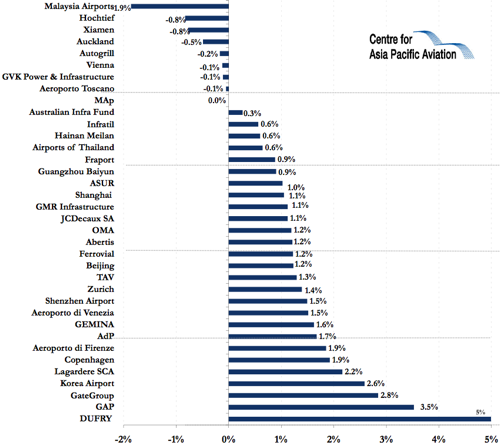