Tibet Airlines, Tibet’s first airline, on 20-Jun-2011 received its public air carrier's licence from CAAC, after receiving approval from the aviation authority in Mar-2010. Tibet Airlines will be the first and only airline based in Lhasa when it launches operations next month and will benefit from the booming Tibet market.

Tibet Airlines General Manager Liu Yanping earlier this year stated the carrier plans to launch services to South and Southeast Asia by 2013 and to Europe by 2015. The carrier is also considering destinations in India, Pakistan and Nepal. Mr Liu declined to specify particular destinations, stating it is a long process to receive landing rights. Tibet Airlines will launch operations in Jul-2011 with Lhasa-Beijing service, followed by Lhasa-Konggar service. It plans to expand operations once it takes delivery of two aircraft in Aug-2011.

Also CAAC Tibet Airlines Preparatory Group Deputy Head, Mr Liu has previously stated the carrier would have a distinct advantage over other airlines, which have not based any overnight aircraft at Lhasa Airport due to its unique geographical environment. The proposed carrier would operate in direct competition with Air China Southwest, which currently has a 40% capacity share at Lhasa and around a 50% market share in the region. 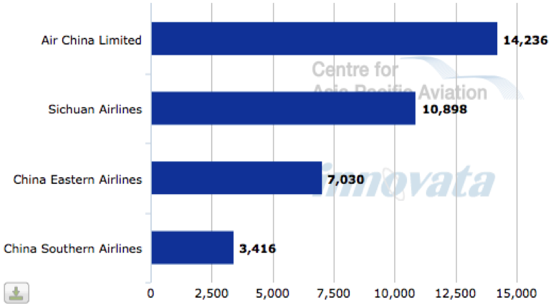 A day after receiving its licence, Tibet Airlines, the newest start-up airline in China, signed an MoU with CFM International to purchase three A319s powered by CFM56-5B engines. The first aircraft is scheduled to be delivered in Jul-2011 and the engine order is valued at USD60 million at list price 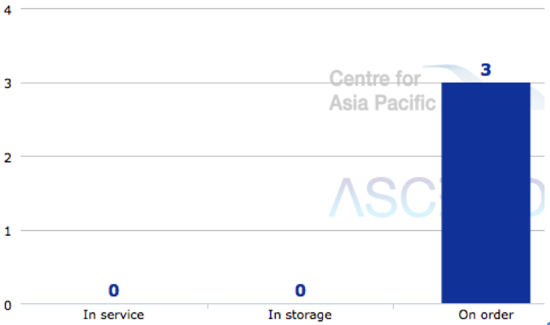 In May-2011, Tibet Airlines selected Quovadis, the flight operations services of Airbus, to implement the carrier’s Required Navigation Performance (RNP) procedures for its operations using the Airbus A319. Tibet Airlines will operate RNP-AR (Authorisation Required) services to and from Lhasa, Ali, Bangda, Shigatse and Linzhi.

In Mar-2011, the carrier also awarded Eaton Corporation a contract to supply engine-driven pumps and AC motorpumps for its fleet of A319 passenger aircraft. In Nov-2010, the carrier also confirmed that its A319 aircraft would feature a suite of Rockwell Collins systems including the company's second generation Digital Programmable Audio Video Entertainment System (dPAVES) IFE, MultiScan Threat Detection System and GLU-925 Multi-Mode Receiver (MMR). The systems will initially be installed on nine of Tibet's new A319 aircraft, with an option for nine additional aircraft. Deliveries will commence in Jul-2011.

CAAC Director General Li Jiaxiang in Mar-2011 stated although CAAC has commenced accepting applications for the establishment of new private airlines in China, it will raise the threshold for new airlines. As reported by Yicai, Mr Li also stated CAAC would limit the number of new approved airlines to three p/a.

In 2008, Mr Li stated CAAC would not approve any new airline applications, including the establishment of subsidiary airlines over the coming three years, a strategy confirmed in 4Q2010.  The regulations were part of CAAC’s plans to implement more stringent measures on start-up carriers and public air transport companies in general as part of efforts to improve air transport safety requirements.

Over the past three years, CAAC had approved the establishment of UNI-Top Airlines, SF Express, Joy Air and Tibet Airlines. These carriers have generally previously submitted their applications, getting around the CAAC restrictions and are often associated with one of the "big four" carriers in the market. All of the proposed start-ups are also regional carriers, fitting into CAAC’s objectives of promoting increased regional operations.

UNI-TOP Airlines, a private cargo airline based in Wuhan Airport, launched service on 11-Apr-2011 with an all cargo service from Wuhan to Chennai.

The carrier, in Jan-2011, received its operating certificate from CAAC Central and Southern Regional Administration. The start-up carrier has a fleet of three B747-200Fs which have been based at Wuhan Airport since the end of 2010. Details of the start-up are as follows:

Beijing Airlines, a business jet JV between Air China and Beijing Government, received its operational licence from CAAC on 11-Apr-2011 with the carrier previously stating it would commence service in Apr-2011 or May-2011, a launch date which has since passed.

Beijing Airlines will be in direct competition with the HNA Group’s Capital Airlines. Meanwhile, China Eastern Airlines previously announced plans to increase its fleet of business jets to three aircraft this year while China Southern Airlines is planning to introduce its first business jet.

The new Chongqing-based airline company aims to launch all-cargo operations this year as well as commence international operations next year with services to Hong Kong, Macau, Taiwan, Southeast Asia, Japan and South Korea. The start-up also plans to have a fleet size of up to 40 aircraft by 2015.

In Aug-2010, HNA Group and Chongqing Municipal Government signed an agreement in which HNA agreed to invest between CNY30 billion and CNY50 billion in the region in areas including air transport, logistics, tourism development and airport management.