The Nomura Group announced it sees a slightly better year for low-cost airlines, despite over-capacity from national carriers limiting upside to yields, as well as cost pressures from higher jet fuel prices.

Nomura states while Jazeera Airways (0%) has made good progress in restructuring its business with a rights issue in early 2011, the group “sees near-term share performance (on a relative basis) as favouring Air Arabia (+1.7%) on dividend expectation". However, Nomura stated it may review the position in 2Q2011 after Jazeera’s capital raising. 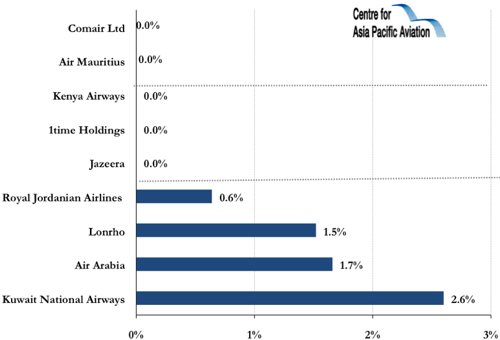