Shares in MAp declined 1.4% on Thursday ahead of the release of its financial report for Sydney Airport relating to the three and six months ended 30-Jun-2010 today.

MAp CEO, Kerrie Mather, stated “another milestone was reached in the period with Sydney Airport’s first unwrapped capital markets issue of AUD175 million, which positions the airport well ahead of its Sep-2011 debt maturities”.

Shares in MAp have gained 2.8% in early trade on the ASX today.

Sydney Airport is facing increasing competition from Melbourne Airport, with the Victorian airport disclosing it is aiming for a 25% share of Australia’s international market.

Melbourne’s CEO, Chris Woodruff, stated it may take longer to achieve the 25% market share than the original target of five years, but believes an increase of 1% per year is sustainable in terms of ensuring infrastructure was in place to cope. Mr Woodruff stated a 13% increase in international services for FY2009-10 had helped secure what he considered Victoria's "fair share" of the market.

Meanwhile in New Zealand, Queenstown Lakes District councillors were given an "assurance" on 21-Jul-2010 that there would be full public consultation before Auckland International Airport Ltd (AIA) is to purchase any more shares in Queenstown Airport. Auckland Airport recently purchased a 24.99% share in Queenstown for NZD27.7 million, with an option to increase the holding to 30% to 35% at any time up to 30-Jun-2011. Councillors have opposed the deal since its proclamation. 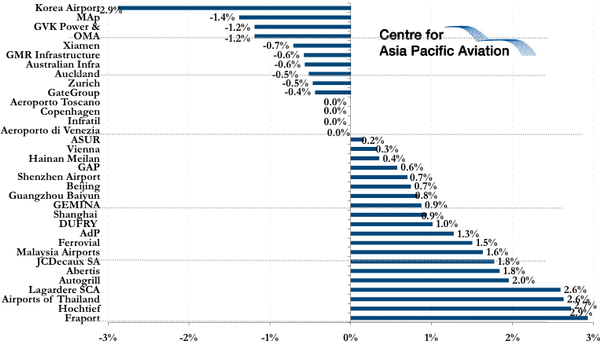