Sweden’s deep air traffic recession is showing no signs of abating, with airport operator, LFV Group reporting total passenger numbers across its airports fell 10% last month to 2.1 million, including a 9% fall at Stockholm-Arlanda Airport to 1.4 million. 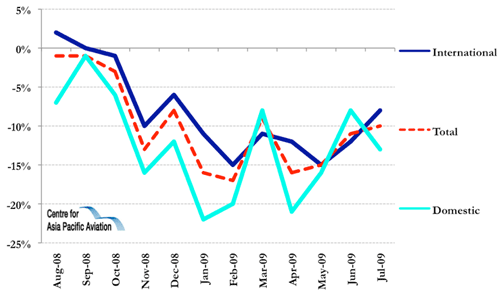 Qatar Airways is boosting frequency from Doha to five per week from 25-Oct-2009, while Turkish Airlines and Estonian Air are adding services from Antalya and Tartu, respectively. Other than that, the outlook for Stockholm looks fairly chilly.