SpiceJet's shares slumped 7.4% yesterday - its biggest single-day decline since 09-Dec-2010 - as the airline outlined plans to boost capacity by approximately 40% this year after gaining fresh investment from billionaire Kalanithi Maran.

The airline plans to increase its fleet from 25 to 40 aircraft in 2011 and add several domestic routes, as well as "one or two" international destinations.

Jetstar is in negotiations with several Asian carriers to establish a new joint venture in the region, according to a report in the Australian Financial Review today. CEO Bruce Buchanan stated discussions with Japan Airlines regarding a domestic joint venture in Japan were progressing. The carrier is targeting traffic growth of at least 30% in Asia and Australasia this year as it enters a new marketing agreement with the powerful oneworld alliance, according to a report in The Australian. 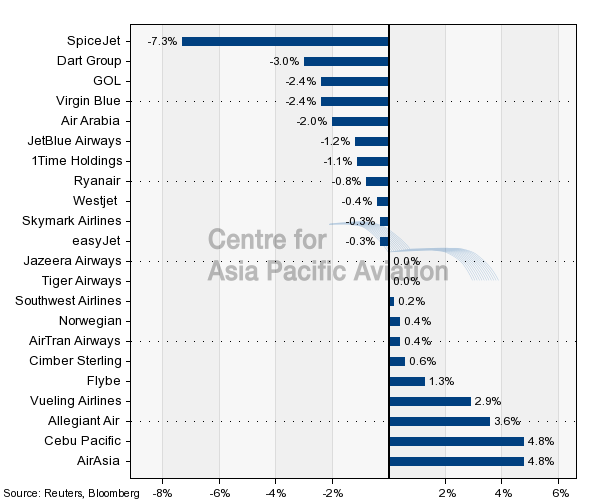