SpiceJet is also reportedly seeking approval from the Reserve Bank of India to raise USD270 million from Canada's export finance agency Export Development Canada (EDC), to cover its aircraft funding requirements. The carrier, which operates a fleet of 29 B737s at present, plans to add 15 Q400s from Jul-2011. The airline plans to raise the number of flights from 190 to 300 per day, targetting secondary and regional destinations.

Also up strongly was Philippine carrier Cebu Pacific. The airline announced on Friday that it plans to hire more than 150 cabin crew this year, as it takes delivery of 4 new A320s aircraft over 2H2011. The carrier is due to receive 16 A320s from 2012 until 2014. 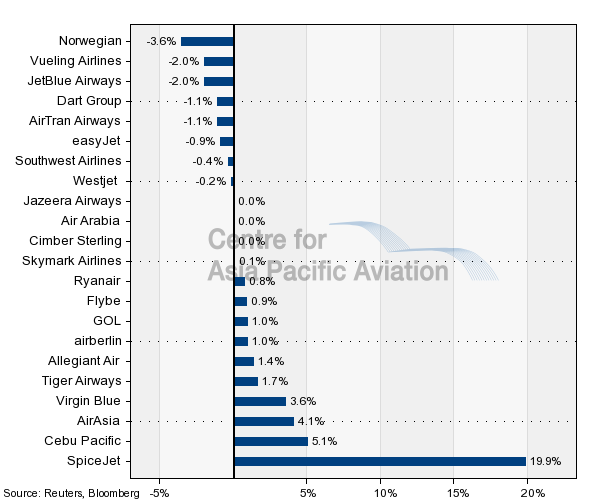