Southwest Airlines' shares eased 0.3% yesterday as it reported fourth-quarter net profit rose 13% to USD131 million, as it gained market share due to its no-checked-bags fee policy and the economy improved. CEO Gary Kelly stated: "Booking and revenue trends suggest similar year-over-year improvement in January versus December 2010", adding: “Bookings in place for the remainder of the first quarter also are strong.” 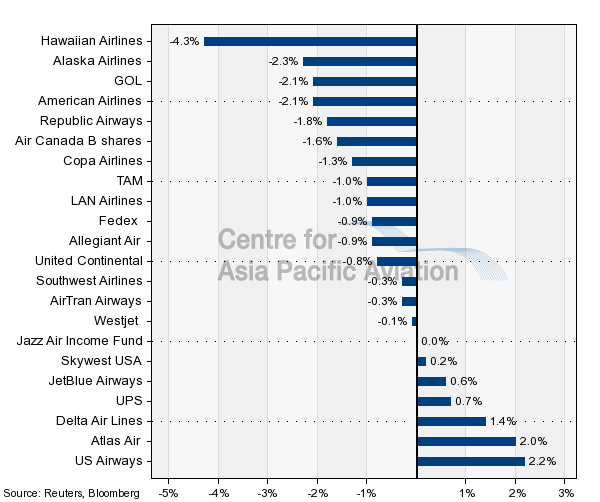