Miyazaki-based LCC Skynet Asia Airways was rebranded as Solaseed Air on 01-Jul-2011, coinciding with the delivery of its first Boeing B737-800 aircraft from AWAS. The exercise, designed to increase the carrier’s brand in the domestic Japanese market, was announced in May-2011.

Announcing the move, former President and CEO Masataki Ito said: “This is a big moment for us - the entire staff of SNA has been working hard towards this day for a long time. As we enter our 10th year of operations, we not only have a new look and feel to mark the occasion, but we will be one of the first operators in Japan to fly the 737-800 with the advanced and passenger-pleasing Boeing Sky Interior.  I strongly believe that the introduction of this new aircraft will put spurs to our growth and improve our bottom line, thanks to its greater economic performance and improved cabin.”

The new B737-800, one of two to be delivered from AWAS, will be put into service with the new all-white with pistachio green livery on the carrier’s Miyazaki–Tokyo Haneda route, its largest sector pair. 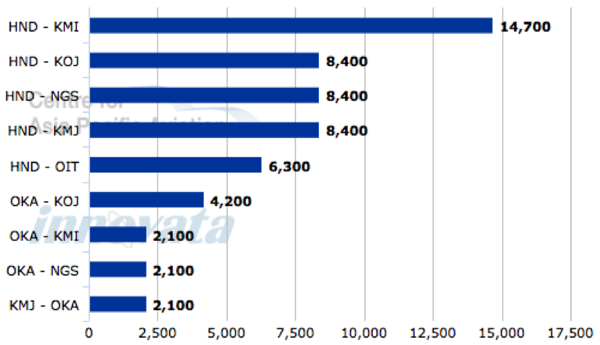 The recently delivered B737-800 is the 11th aircraft in the carrier’s fleet, their first B737NG, as well as the first aircraft in its fleet to have the Boeing Sky interior. Solaseed Air operates an all-B737 fleet (the existing fleet was comprised of 10 B737-400s) and this new aircraft delivered from AWAS marks the start of the airline’s planned fleet renewal programme. All of the fleet is leased, from companies including Aviation Capital Group and GECAS in addition to AWAS.

As part of the carrier’s mid-term plan for two years from Apr-2011, Solaseed will introduce six B737-800 aircraft, configured with 174 seats, 24 more than the aircraft currently deployed by the carrier. The new aircraft will boost the carrier's fleet to 13. Of the current 10 aircraft, three will be retired and the airline will maintain the routes and its network will remain to include nine routes and 27 routes.

With the introduction of the new brand, the carrier will implement changes to its livery and its cabin and ground crew uniforms. The airline plans to put six of the new aircraft adopting a pistachio green paint scheme into service by the end of FY2012. The carrier’s other aircraft will gradually convert to the branding as well. 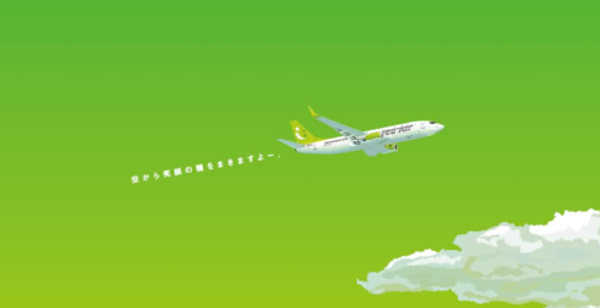 "Solaseed Air" will be used in place of "Skynet Asia Airways" for all airport displays, information, broadcasts and other media starting in Jul-2011 to increase brand awareness. A new official website has also been launched - http://www.solaseedair.jp/. However, the company will retain its three-letter airline code “SNA” and Skynet Asia Airways will remain the official name of the company although it has not ruled out the possibility of changing it at a later date.

The airline’s GM corporate planning Kazushi Yokota explained the origins of the new brand.  “'Solaseed' is a play on words. In Japanese, it sounds like ‘So La Si Do’, the part of the music scale that comes after “Do Re Me … ”, so it will remind the people of Japan of a catchy and happy refrain, and it’s ‘on the way up’!  ‘Seed’ represents new life, vitality, strength and momentum. ‘Sola’ is also the Japanese word for ‘sky’, so we aspire to be the airline that will sow the seeds of happiness and a smile across the sky, as we bring people and places closer together. The fresh, pistachio green of our logo, and the colour highlights and patterns of our interior trim, symbolise youth, energy and growth. They also represent the beautiful natural landscape of Kyushu – the island on which our hometown is located – as well as evoking the unique gardens of Japan.” The brand concept translates as ‘Sowing Smiles Across the Sky’ (空から笑顔の種をまく) or ‘Seed Smiles in the Sky’, based on the carrier’s translations.

Headquartered in Miyazaki (southwestern Japan), Skynet Asia Airways entered into service in Jul-2002, launching service from Miyazaki and mainly operates services between Miyazaki/Kumamoto/Nagasaki/Kagoshima/Oita and Tokyo Haneda. The carriers network now covers 27 daily services on nine routes.  The carrier’s former President Masataka Ito stated that with the new branding, the carrier hopes to “become even better known among many people as a Kyushu airline”.  Mr Ito was replaced by Hiroshi Takahashi as the company’s new president after the company's AGM on 28-Jun-2011, according to The Nikkei. 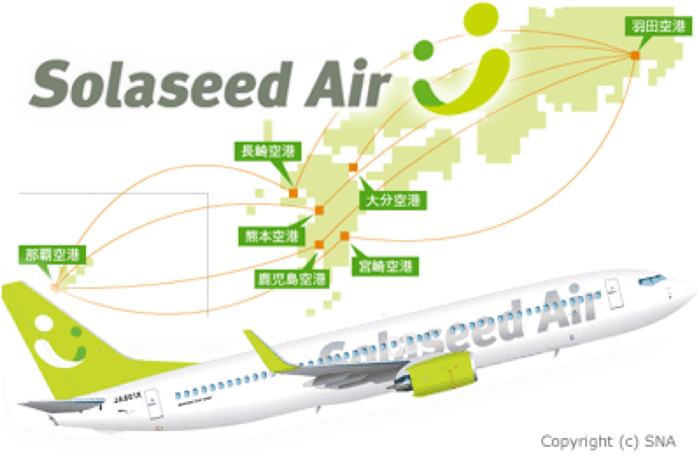 Skynet Asia was formerly Pan Asia Airlines, entering the market as the fourth new airline after the airline industry market deregulation in 1998. The previous logo has been used since 2002.  Skynet Asia in Jan-2011 announced plans to move its head office to Miyazaki Airport terminal in May-2011 by expanding the western part of the building from a single to a two-storey building, according to Mainichi Shimbun reports. Skynet becomes the first Japanese airline to have its head office in an airport terminal. 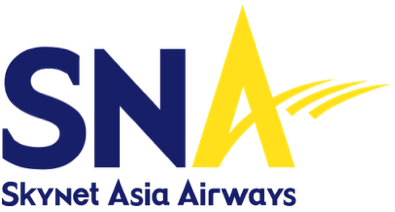 The carrier, which reported a net profit of USD10 million and an operating profit of USD13.7 million in the 12 months ended 31-Mar-2011, handled 1.0 million passengers in the year, a 5% year-on-year increase.