Skymark Airlines shares ended their upward run, with the company’s stock price dipping 3.8% in trading on Wednesday. Skymark released a downgraded profit forecast for FY2011, but stated it still expects to achieve an operating profit for 3QFY2011, on the back of steady increases in revenue.

Shares in Jet Airways were down 3.1% in trading on Wednesday, while SpiceJet shares fell 1.3%. Shares in Kingfisher Airlines were up 1.8%.

Trading down sharply was Virgin Blue, which lot 4.8% yesterday. The carrier has not yet determined the impact of the Queensland floods on its operations, with the state accounting for approximately 30% of its domestic traffic. Macquarie Research downgraded its 2011 and 2012 profitability outlook for Virgin Blue and Qantas earlier this week, based on the impact of rising fuel costs. Qantas shares finished the day unmoved. 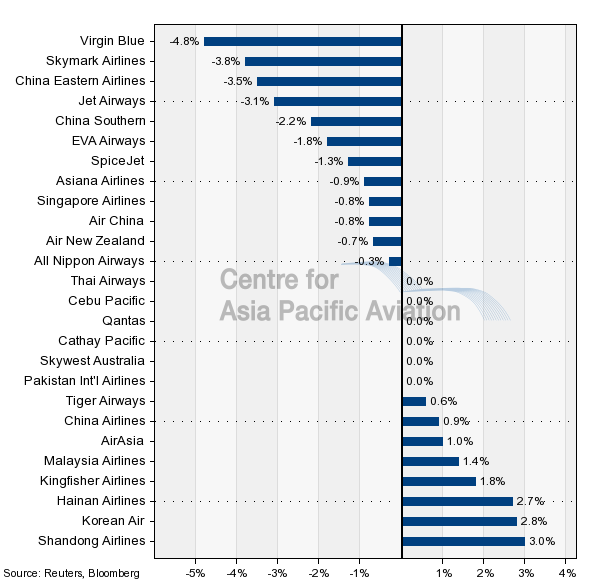