Singapore Airlines is expected to report 3QFY2010/11 net profit of SGD371 million, from SGD403.7 million (USD315.4 million) in the corresponding period last year, according to a Dow Jones Newswires poll of five analysts.

Revenue is expected to have risen from SGD3.4 billion to SGD3.8 billion. The carrier will announce its third quarter earnings are due after market close on Friday. SIA's shares fell 0.7% yesterday to SGD15.04.

Korean Air forecasts record operating profit this year of USD1.1 billion (up 14% on 2010's result), as the airline predicts stronger premium-class demand and commences A380 operations in Jun-2011. The carrier, which will take delivery of five A380s this year, forecasts passenger and cargo traffic to rise 8.3% and 3.8% this year, respectively. The carrier is targetting a 9% increase in revenue this year. Korean Air reported an 18% decline in fourth-quarter net profit due to an increase in fuel costs. Its shares gained 1.2% yesterday. 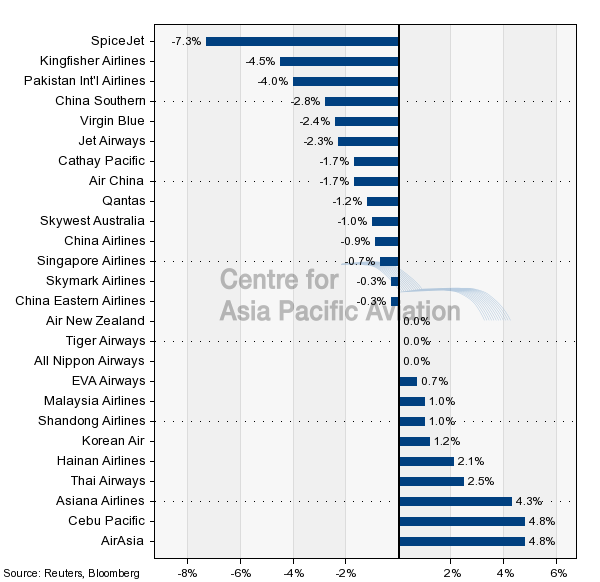