Singapore Airlines (SIA) benefited from a solid recovery in demand in the second half of its financial year and the maintenance of capacity and cost disciplines to record a net profit of SGD216 million (USD154 million) for the financial year ended 31-Mar-2010. In doing so, SIA maintained its unbroken run of full year profitability – a feat that seemed unlikely after a very challenging first half. But profits have largely been produced by cost cutting rather than top-line revenue growth and further improvement will depend on the strength of the global economic recovery. 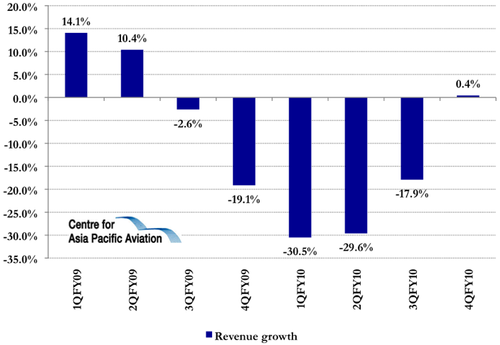 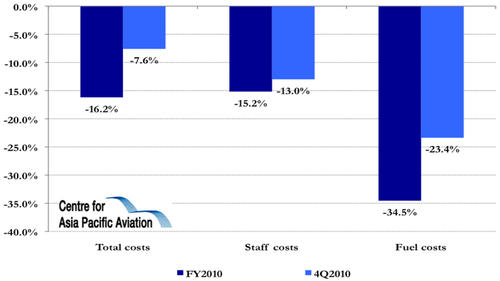 It was a tale of two halves for SIA, as the airline turned around a SGD466 million first half loss with a SGD404 million third quarter net profit and a SGD278 million fourth quarter profit. The fourth quarter result was almost seven times higher than the SGD41.9 million net profit recorded in the previous corresponding period as the carrier consolidated the improvements in demand witnessed from the third quarter. 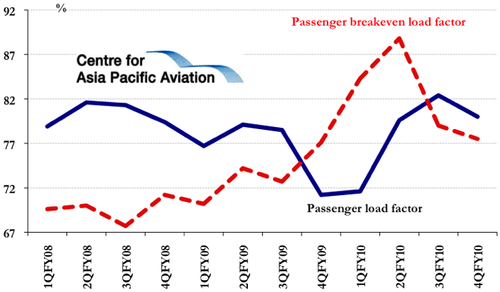 SIA is quite upbeat about the outlook, noting advance bookings for travel in the year ahead are “encouraging”, especially in Business Class, while the recent recovery in air cargo volumes is also expected to “hold up in the near term”, according to SIA. The airline added, “yields for both passenger and cargo should keep pace with the growth in demand”.

Yields have improved over the course of the past year, but remain weak by pre-crisis standards.

This is an extract from an article published today in Asia Pacific Airline Daily. It contains the following analysis/graphics: