Singapore Airlines reported a net profit in the three months ended Jun-2010, reversing a year-earlier loss, as the global economic recovery boosted air travel. The carrier added that it expects the recovery to continue to underpin its business for the remainder of the year.

The carrier reported a return to profitability at both the operating and net levels in the quarter, with an operating profit of USD184 million and a net profit of USD186 million, compared to losses of USD234 million and USD226 million in the previous corresponding period, and resulting in margins in the 7% range.  While better than 1QFY2010 levels, these margins were still weaker than levels established in the corresponding quarters in 2008 and 2009. 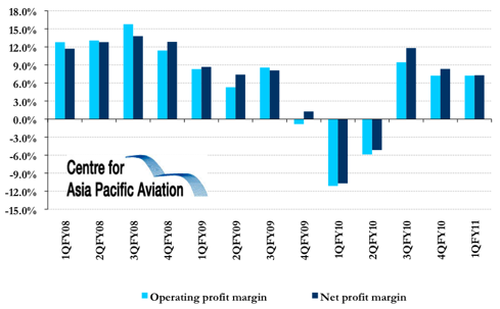 Singapore Airlines, Silk Air, SIA Cargo and SIA Engineering all contributed to this profit, with operating profits of USD100 million, USD11 million, USD44 million and USD26 million, respectively. Each of these subsidiaries, with the exception of SIA Engineering, reported losses in 1QFY2010. 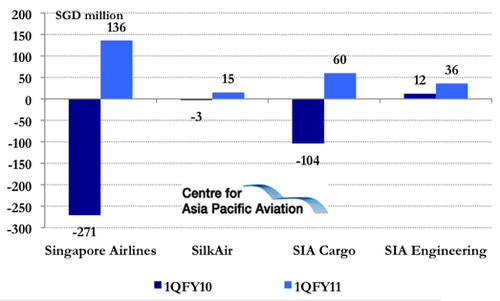 During the quarter, SIA reported a 21% increase in revenues to USD2.5 billion, for the largest quarter of revenue growth in over 13 quarters. This revenue increase aided the carrier in boosting its cash balance, with cash and cash equivalents increasing 19% in the period to USD3.9 billion.

This double-digit revenue growth exceeded a 0.8% increase in operating costs to USD2.4 billion, with the carrier benefiting from a 15% reduction in its second largest expense item, labour costs, in the period. Fuel costs, however, increased 10% in the period. 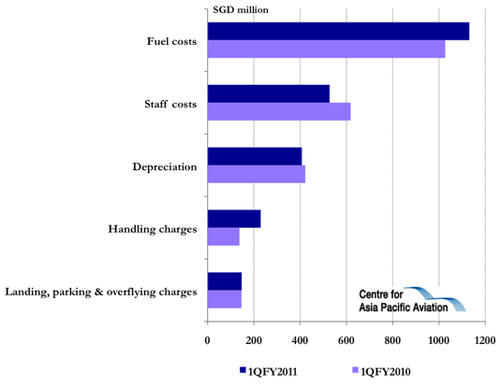 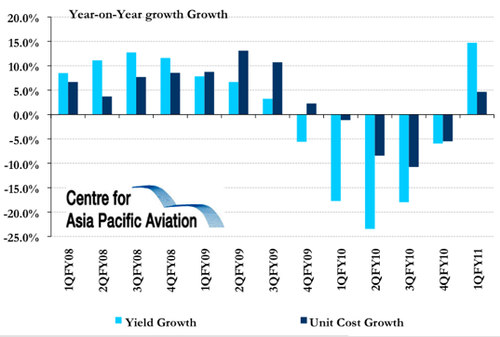 Recovery in yields but still not back to 2008 levels 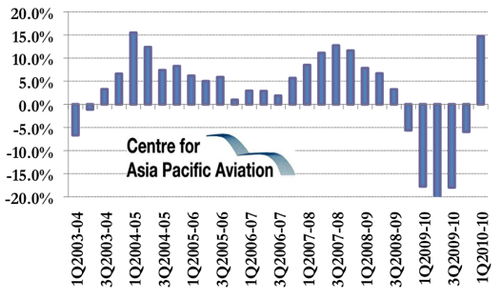 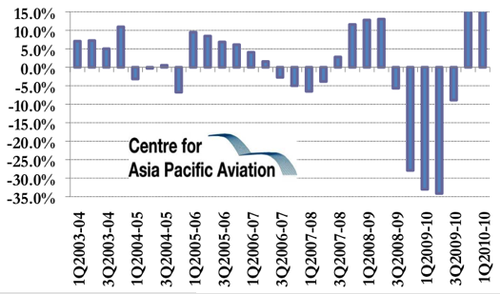 The carrier commented that advance bookings indicate that the year-on-year recovery in passenger carriage and yields evident in the quarter to June will "hold up for the rest of 2010”. SIA added, "Similarly, leading indicators, as well as sentiment among shippers and forwarders, suggest that the recent resurgence in air freight may be sustained in the near term, although the rate of growth may abate."

While year-on-year comparisons to a weaker 2009 are favourable (passenger, cargo and overall yields slumped 17.7%, 33.0% and 20.8% in the previous corresponding period), yields are yet to return to pre-crisis levels, with passenger yields still down by 5.6% on 1QFY2009 levels, and cargo yields down 4.7%, for an overall yield reduction of 5.3%. 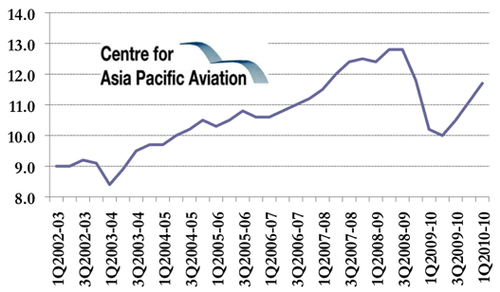 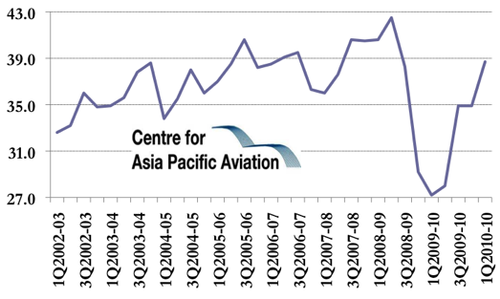 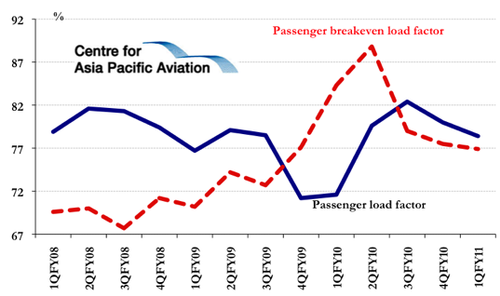 As previously reported by CAPA, Singapore Airlines has been a shrinking force, the price of regained profitability, as the carrier focuses on improving its yield profile and load factor levels. See related article: Singapore Airlines' contraction strategy as load factors and yields dominate