Singapore Airlines (SIA) is raising its fuel surcharges, citing the "recent sharp and sustained escalation in the price of jet fuel". Several rivals are expected to follow SIA's lead in the Asia Pacific region, where strong demand growth provides the basis for such a move. Weaker demand and intense competition in Europe and North America may hinder moves by carriers in those regions to raise their surcharges.

SIA has raised its fuel surcharges by USD3-27 per sector, depending on the distance and class of travel, effective 27-Jan-2011. SIA stated the adjustments will "offer only partial relief from the higher operating costs arising from increases in the price of jet fuel", adding it would "continue to closely monitor the price of fuel and keep surcharges under constant review".

SIA's shares eased by 0.4% on Friday, while Qantas was flat. Cathay Pacific slumped 5.8% on investor concern about potential strike action by cabin crew. However, the Cathay Pacific Airways Flight Attendants Union has has called off a planned work-to-rule over the Lunar New Year. 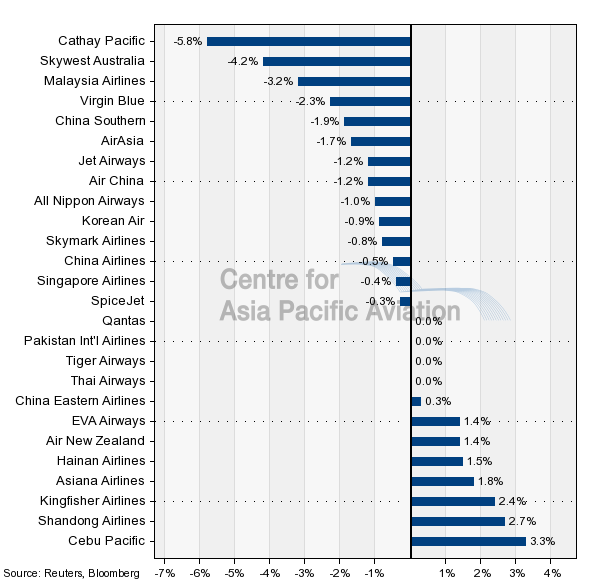