The airline's load factors started falling year-on-year in Aug-2010, although they remain above GFC levels of 2009. 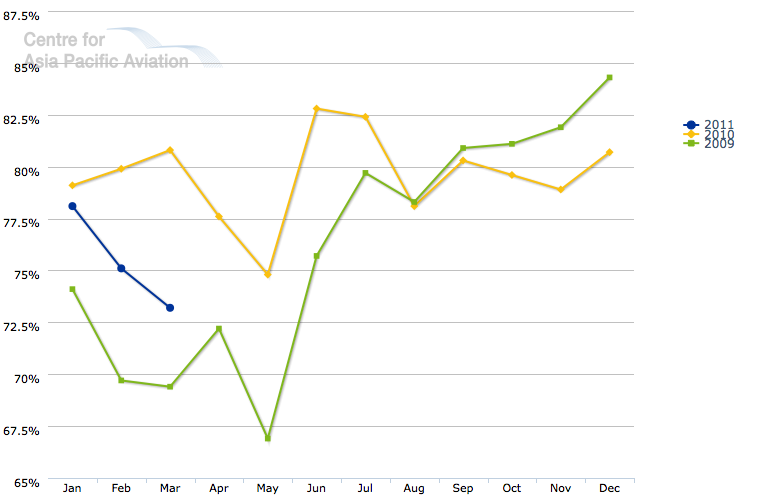 SIA stated that passenger load factors on Japan routes declined in the wake of the 11-Mar-2011 earthquake, and the airline has initiated capacity adjustments where required. Declines for the other regions were "partly due to a smaller volume of low fare group and promotional traffic this year".

Capacity was added to several destinations, including Manchester (via Munich), Houston (via Moscow), Tokyo, Osaka and Seoul. The new Northern Summer season, which commenced on 27-Mar-2011 also saw the launch of three times weekly service to Sao Paulo via Barcelona and frequency increases to Taipei, Hong Kong, Male and Guangzhou.