Shenzhen Airport shares were down 2.4% yesterday, as the operator released this report. A bidding war looks like erupting over the airport's main customer, Shenzhen Airlines, between Air China and China Southern Airlines.

Autogrill stated it will stay focused on profitability, the efficient use of resources and cash flow generation in 2010. While traffic is up, Autogrill sees the market as remaining highly volatile. In the first eight weeks of 2010, sales are up 2.7% year-on-year at a constant exchange rate and up 3.5% on a comparable basis.

Full financial and traffic reports for Shenzhen Airport, Autogrill and ASUR are contained in today’s edition of Airport Business Daily. 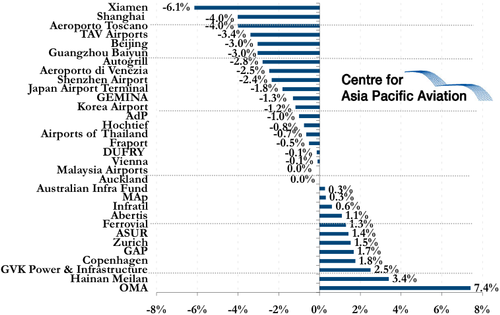