China Eastern Airlines confirmed on Wednesday (29-Sep-2010) it signed a strategic agreement with Shanghai Airport Authority on 28-Sep-2010 to jointly promote the development and construction of Shanghai as an aviation hub for the Asia Pacific region and increasing combined passenger throughput at Shanghai Pudong and Shanghai Hongqiao airports to up to 100 million p/a by 2015. The agreement also sets out the following traffic targets for both airports in Shanghai by 2015:

New Zealand's Queenstown Community Strategic Assets Group launched an advertising campaign in support of its legal proceedings against the partial sale of Queenstown Airport to Auckland International Airport (0%). The campaign is aimed at local voters in the Queenstown Lakes District Council elections. 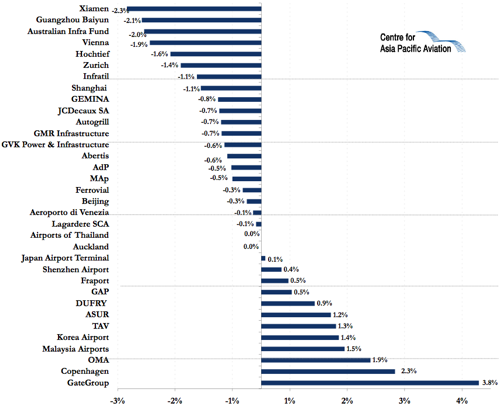