Schiphol Group reported a 2010 full-year net profit of EUR169 million, an increase of 28% year-on-year on revenue growth of 2.3%. The company forecast growth of 4-7% in passenger numbers and aircraft movements at Amsterdam airport in 2011, and a rise in cargo volume. It struck a cautious note over the strength of the recovery and its affects on revenue from concessions, retail sales and parking fees.

China's Hainan Meilan International Airport Company released a clarification announcement with regard to matters mentioned in a report issued by Bank of America Merrill Lynch on 15-Feb-2011. The company completed the acquisition of 24.5% of the issued share capital of HNA Airport from Kingward by utilising its own capital and bank loans. The company intends to finance the payment of the consideration of CNY1,211,000,000 for the acquisition of the remaining 30% issued share capital of HNA Airport held by HNA Group by utilising part of the proceeds from its proposed issue of A shares in the PRC. A new international terminal building at the airport may be constructed and existing terminal may be expanded. Further measures may also be adopted to cope with the increasing tourist traffic. No official plan of expansion of the airport has been made. 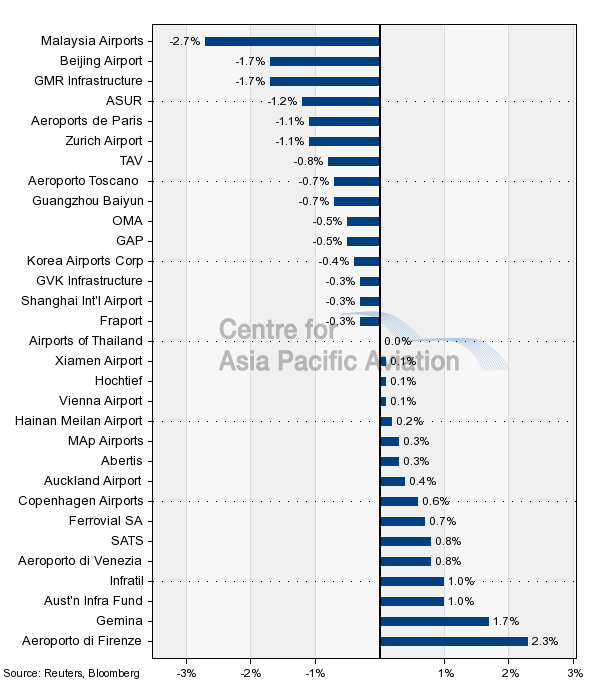