A 20.0% share price rise for Scandinavian Airlines continued its resurgence yesterday, after regaining 14.5% to the upside the previous day (see below).

In favourable market winds, Aer Lingus (+7.6%) too continued to claw its way back up.

LCC, Norwegian Air (+7.1%) has been one of the better performers this year and is now above its level at the beginning of Jan-2009.

Along with them, all of the majors reacted well to the improved market sentiment, up between 5-7%, slightly ahead of the wider market.. 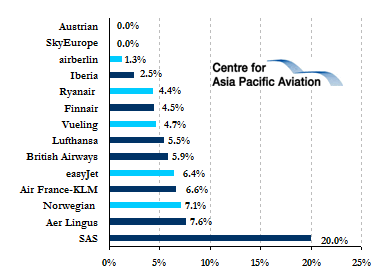 The past two days' rises in SAS shares still do not represent a massive increase in raw SKR, but it was at least a relief from previous falls, and some encouragement that the airline may be looking to an escape route from its awful decline this year. The sale of Spanair has apparently been a very positive move, having previously been a negative pull on the value of SAS. 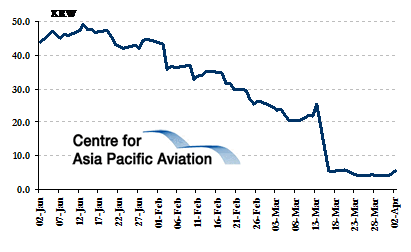