Another fast growing LCC is Las Vegas-based Allegiant, which reported a massive 37.3% year-on-year increase in scheduled passenger numbers in Jul-2009, as capacity (ASMs) soared by 50% in the month. Load factor slipped 5.6 ppts to a still industry-leading level of 89.6%. Allegiant's shares were down 2.4% yesterday, while the largest US LCC, Southwest, gained 3.6%. 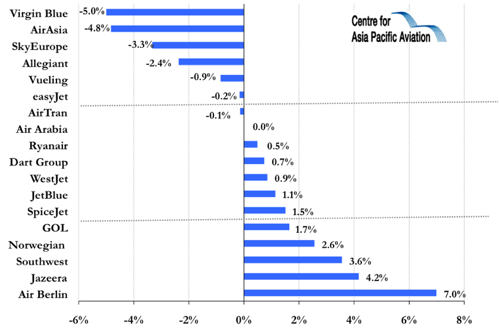