Shares in Raytheon traded down 3.5%, running against the market as analysts expressed concern over how the company will deal with reduced defence spending in the US as well as pension issues.

Another major mover was Willis Lease, which gained 6.2% in trading yesterday. The company’s shares have lost nearly 20% of their value since the start of the year. 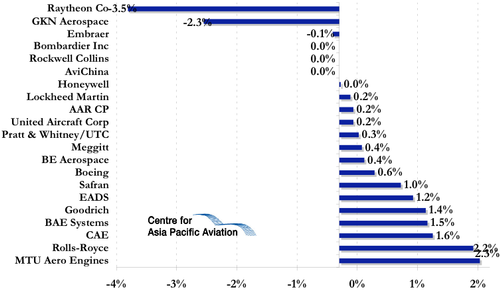 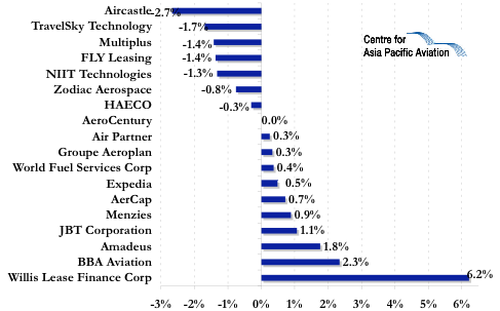