Another week, another crisis for the airline industry. The problems confronting the heavily indebted ‘PIGS’ economies (Portugal, Ireland, Greece and Spain) has been simmering for months, weighing on the euro and economic outlook for the European economy. But the crisis went to a new level yesterday as Standard & Poor’s (S&P) assigned a junk rating to Greece’s sovereign debt and reduced Portugal’s rating by two levels.

S&P lowered its ratings on Greece from 'BBB+/A-2' to 'BB+/B' and assigned a negative outlook, reflecting “an assessment of the political, economic and budgetary challenges that the Greek government faces in its efforts to place Greece's public debt burden onto a sustained downward trajectory”. S&P added, “the negative outlook reflects the possibility of a further downgrade if the Greek government's ability to implement its fiscal and structural reform program materially weakens in our view, undermined by domestic political opposition at home or by even weaker economic conditions than we currently assume”.

S&P also lowered its long-term ratings on Portugal from 'A+' to 'A-' and the short-term ratings from 'A-1' to 'A-2', reflecting “fiscal and economic structural weaknesses [which leave Portugal] in a comparably weak position to address the significant deterioration in its public finances and expected lacklustre economic growth prospects over the medium term". S&P added, “the negative outlook reflects our assessment of the risk of a further downgrade should fiscal consolidation fall short of expectations or should concerns over government liquidity mount”.

Aviation sell-off around the world

The action by S&P sparked a sell-off on financial markets around the world, led by banking stocks. Airlines, airports and aviation suppliers were also marked down heavily. 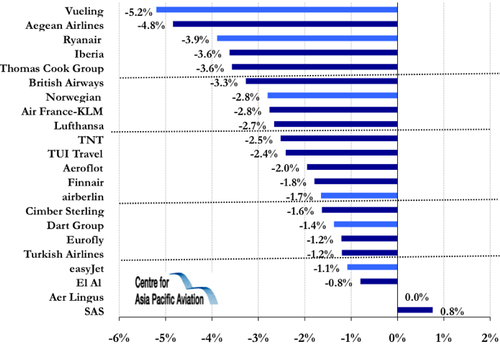 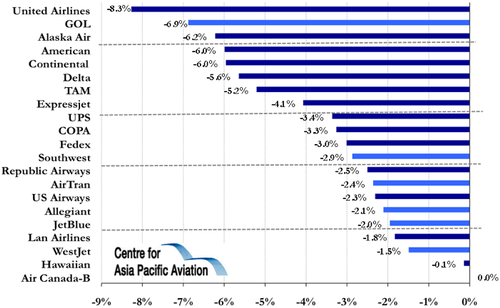 Airport shares, particularly in Europe, were also sold off heavily with Spain's Ferrovial and Abertis dropping 6.6% and 4.8%, respectively. 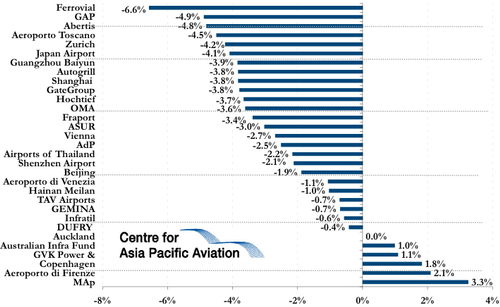 The impact was also felt by suppliers to the aviation industry, especially those based in Europe. Airbus parent EADS fell 3.8%, while Boeing dropped 2.5%. 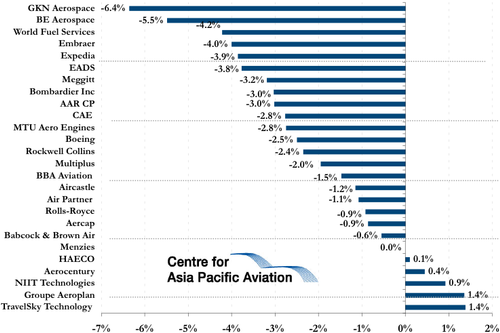