Premium economy is no longer a small niche product but has become relatively common throughout Asia – and globally. PAL already offers a premium economy product on its A321 and A330 fleets but the current product only provides slightly more legroom and is the same seat as regular economy. PAL has decided to introduce a separate premium economy seat on eight of its 15 A330s and on six newly ordered A350-900s.

Several Asian airlines, including PAL and Vietnam Airlines, offer an extra legroom product at the front of the economy cabin on some aircraft. While some of these products are marketed as premium economy they are essentially extra legroom economy seats, similar to the product offered by the US majors.

Both the retrofitted A330-300s and new A350-900s will seat just over 300 passengers in three class configuration, including lie flat business, premium economy and standard economy seats. The retrofitted A330-300s will be used on medium haul routes while the A350-900s will be used on thinner longer haul routes. On its thicker long haul routes PAL will continue to use 777-300ERs, which at least for now will remain in two class 370-seat configuration.

PAL will retrofit half of its A330 fleet to premium economy

PAL plans to retrofit the eight A330-300s in its fleet which are currently in high density 414-seat all-economy configuration, made up of 39 extra legroom seats and 375 regular economy seats. The new three class configuration will include a total of only 309 seats with separate business and premium economy cabins, along with regular economy. The eight aircraft will be refitted in phases, with the first aircraft slated to be completed in 2017.

At least for now, PAL plans to maintain the configuration on its seven dual class 368-seat A330-300s, which consists of 18 business class seats, 27 extra legroom economy seats and 323 regular economy seats. These aircraft will be deployed on the routes where PAL now uses the all-economy A330s, while the reconfigured aircraft will be deployed on the routes PAL now uses the 368-seat two class A330s.

PAL mainly uses the all-economy A330s on routes to the Middle East. The dual class A330s have generally been used for Australia, Hawaii and Japan. (PAL also uses A330s on some domestic routes and some regional international flights to Bangkok and Hong Kong.) 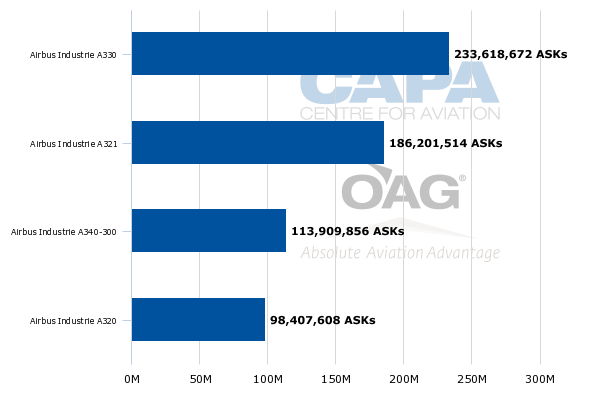 The initial decision to go with a high-density single class configuration for eight A330s was made by the previous ownership and management team – all eight aircraft were delivered when PAL was controlled by Philippine conglomerate San Miguel.

The Lucio Tan Group, which took back control of PAL in late 2014, has a different perspective from its predecessor's. After a thorough analysis the new ownership and management team determined that PAL is best to maintain a full service network airline model. It is not interested in positioning PAL or any of the group’s subsidiaries as an LCC.

The decision to reconfigure the eight single class A330s was made only a few months after Lucio Tan took back control of PAL and its sister airline PAL Express. The decision to include a new premium economy seat in the retrofit project was made more recently, but follows a similar train of thought as Lucio Tan tries to firmly position PAL as a full service airline.

The decision to acquire a premium economy seat for the A330 and A350 was unfortunately made after a configuration was already decided for PAL’s last batch of two 777-300ERs. In 2015 PAL committed to leasing two 777-300ERs from 2H2016. These aircraft will be delivered in the same two class 370-seat configuration as on PAL’s existing six 777-300ERs. 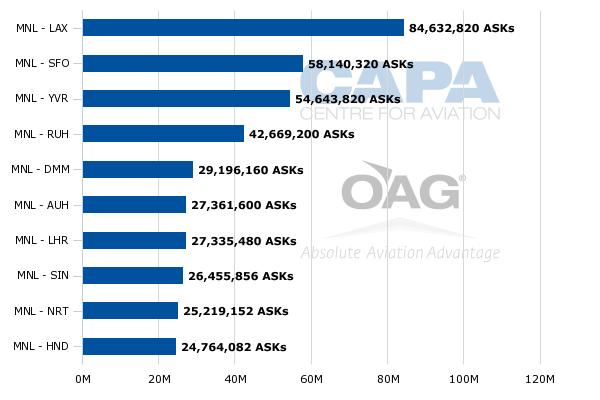 PAL plans to phase out its A340-300 fleet as it takes delivery of A350-900s, enabling it to introduce premium economy on its thinner long haul routes. PAL plans to use the A350 to replace the A340 on Manila-London and Cebu-Los Angeles, routes that are too thin to support 777-300ERs.

The A350 will also be used to launch nonstop flights to New York and potentially Toronto, both of which are now served via Vancouver using 777-300ERs. In addition, PAL is considering several possible new long haul destinations which would only be viable with the smaller and more efficient A350.

PAL also currently uses the A340 to serve Sydney and Honolulu. But PAL has previously used two class A330-300s on these routes and will likely deploy the new three class A330s in these markets once the A330 retrofit project is completed.

Inevitably PAL will need to consider retrofitting its eight 777-300ERs to include premium economy. Not offering a premium economy option on its flagship Manila to Los Angeles and San Francisco routes does not make sense.

PAL perhaps wants to make sure that its initial foray with premium economy on A330-300s and A350-900s is successful before making further cabin product investments. A retrofit of the 777-300ER would be expensive, but should be worthwhile given that PAL has no plans for phasing out these aircraft. At the same time PAL could also consider improvements to its business class product on the 777-300ER, which is currently in a less than ideal seven seat abreast staggered layout.

PAL will also need to evaluate retrofitting its seven two class A330-300s to include a premium economy cabin. This would provide PAL with a more uniform medium haul product. As is the case with the 777-300ER, PAL likely wants to gauge how the market responds to premium economy on the initial eight A330-300s before committing to retrofit the entire A330 fleet.

PAL will continue to offer an all-economy product on most domestic routes, but is keen to offer a business class option on all of its international flights again. PAL will always have a relatively small business class cabin compared with other Asian flag carriers. Business class is generally only affordable for the wealthiest of Filipinos and PAL does not have a strong enough brand or product to secure a significant share of inbound business class traffic.

With a premium economy product PAL should be able to grow its premium business and boost average yields. PAL expects that there is a segment of the Filipino population – and a growing segment – that will upgrade from standard to premium economy if provided with the option.

Introducing premium economy is the right move for PAL

Premium economy has proven to be successful at several Asian airlines but the product can be challenging to sell. Since premium economy varies widely and distribution systems do not accurately capture the offering, it is critical for airlines to be in touch with their local market and effectively market the product. There is also an issue of selling seamlessly across different airlines on more complex routings, notably among global alliance members.

For PAL there is a very loyal customer base, which should make it easier for PAL to communicate and ultimately sell its new offering.

The Philippines may not seem like a typical premium economy market. However, PAL has acknowledged that foreign airlines, particularly Cathay Pacific and EVA Air, have had success at selling premium economy to Filipino passengers.

The Philippine economy is expected to continue growing rapidly, with average per annum GDP growth of 8% projected for the next five years, pushing up discretionary income levels. Premium economy is no longer a small niche product but has become relatively common throughout Asia – and globally. Joining others on the premium economy bandwagon is a bold yet sensible move for PAL.