The Government of Paraguay has passed a bill to concession out the Asunción Silvio Pettirossi Airport, along with several of the country's regional airports. If approved by Paraguayan President Fernando Lugo, the 30-year concession will require an estimated USD100 million investment, which seems to be a lot of money for a country that has widely been regarded as something of a backwater in Latin America.

Local unions are vehemently opposed to the concession and about 2,000 unionised airport workers are now planning to wage a 10-day strike at Asunción Airport. The strike is expected to start at end of this week and result in widespread delays and cancellations.

Paraguay is one of only two landlocked countries in South America, surrounded by Brazil, Argentina and Bolivia. It famously fought Brazil, Argentina and Uruguay between 1864 and 1879 in The War of the Triple Alliance, leaving Paraguay with a population of only 200,000 and economic stagnation that lasted half a century. But Paraguay has undergone something of a political resurgence since the 35-year military dictatorship of Alfredo Stroessner came to an end in 1989, allowing for regular democratic presidential elections.

Economically, the country is characterised by many thousands of micro-enterprises, a large import and re-export trade and a larger informal sector or ‘black economy’. Much of the non-urban population still makes a subsistence living off the land. The ‘informal sector’ makes economic measurement difficult but it is known that real income per capita has stagnated at 1980 levels. Even so, it possesses considerable amounts of commodities – soybeans (the world’s sixth largest producer), feed, cotton, meat, edible oils, electricity, wood and leather.

As a result of higher world prices the economy grew rapidly between 2003 and 2008 before a period of drought that preceded the global recession that jointly caused it to tank (-3.8% in 2009). But true to its resilient nature and aided by fiscal and monetary stimulus, the economy rebounded massively in 2010 (+14.5%), the highest in South America.

However, political uncertainty, corruption, limited progress on structural reform and deficient infrastructure remain obstacles to growth. The concessioning of the Asunción airport is but one way of tackling the latter. 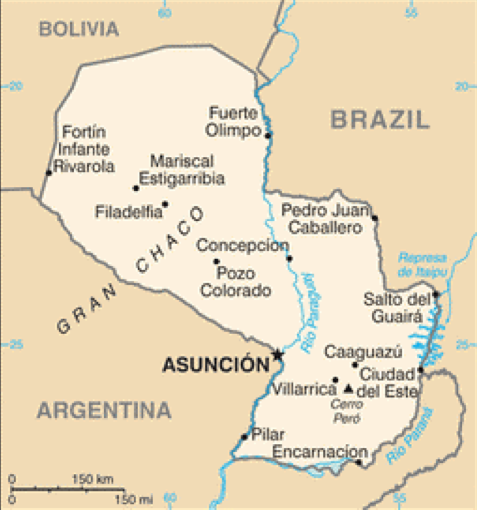 Asunción is one of the oldest cities in South America. The 'Ciudad de Asunción' is an autonomous capital district. The metropolitan area, Gran Asunción (Greater Asunción) includes several other cities and has more than two million inhabitants (520,000 in the city proper).

Uniquely, the Municipality of Asunción is listed on the local stock exchange; capitalism in action in the heart of the metropolis. The city is the home of the National Government, principal port, and is the chief industrial and cultural centre of the country.

Roughly 30% of Paraguay's six million people live within Greater Asunción. The population has increased greatly during the last few decades as a consequence of internal migration from other administrative departments within Paraguay, at first driven by the economic boom in the 1970s, and later because of economic recession in the countryside.

The adjacent cities in the Gran Asunción area have absorbed most of this influx due to the low cost of the land and easy access to Asunción. These cities have also experienced significant economic growth and expansion. As with neighbouring Brazil and Argentina there has also been a sizeable and well established Korean diaspora – in this case since 1965 – though it is in decline.

The dominant ancestry, though, is European, which represents a large proportion of the population, mostly descendants of Spanish, Germans, Italians (who have contributed to the re-population of the country after the hitherto-mentioned War of the Triple Alliance) but also a large number of people of German descent due to the German Mennonites (mostly in the western part of the territory).

Asunción Airport is small but recorded rapid growth in 2010

Asunción serves as a hub for the Paraguayan branch of Brazil’s TAM Airlines, formerly known as TAM Mercosur and LAP (Líneas Aéreas Paraguayas). TAM is the de facto flag carrier of Paraguay but it is very small, serving only seven routes with three A320s. Although TAM Paraguay-operated flights have a different code (PZ) than the flights operated by its Brazilian sister carrier (JJ), TAM Paraguay has the same TAM branding. As a result, TAM Paraguay has been part of the Star Alliance since 2Q2010, when TAM Brazil formally entered Star.

Gol currently operates three routes from Asunción, connecting the Paraguayan capital with Curitiba and Sao Paulo in Brazil as well as Buenos Aires in Argentina. Gol’s relatively large presence in Paraguay gives the country a higher LCC penetration rate than any country in South America except Brazil.

Other airlines serving Asunción include Aerolineas Argentinas, TACA Peru, Uruguay's Pluna and Bolivia's Aerosur. These carriers currently only serve Asunción from their hubs.

Pluna, however, previously also linked Asunción with Santiago in Chile and had ambitions to establish a mini-hub at Asuncion using 90-seat regional jets. While Pluna has put its plans Asunción expansion on hold it expects to eventually relook at the concept of a Paraguayan mini-hub, believing regional jets are better suited for Paraguay’s thin routes than TAM’s A320s. TAM Paraguay previously operated smaller Fokker 100s.

No services are currently operated outside of the South American continent. But this will change in Dec-2011 when Copa launches four weekly flights to Asunción from its Panama City hub.

Copa's entry into the Paraguayan market will significantly improve connections to Central America, Mexico, the Caribbean and North America. It will also ensure more traffic growth for Asunción in 2012.

Of the three global alliances, Star is the only alliance currently present in the Paraguayan market although that will change when Aerolineas Argentinas joins SkyTeam next year. Star will also bolster its presence in Paraguay next year, as both Copa and TACA Peru are slated to join the alliance. But TAM Paraguay could potentially switch from Star to oneworld as part of the forthcoming alliance selection at LATAM, the proposed new parent company for the merged LAN and TAM.

The Government believes that several airports in Paraguay, including the capital’s, could be ready for privatisation in 2012. The 30-year concession will require an estimated USD100 million investment. Prior to approving the privatisation bill earlier this month, lawmakers faced pressure from civil aviation agency, Dinac, and airport workers' unions to reject the bill and to allow Dinac to modernise the Asunción airport with its own funds.

The airport union, SOTA, has held several demonstrations this year to protest against the concession project. A strike is now planned for later this week and next week. 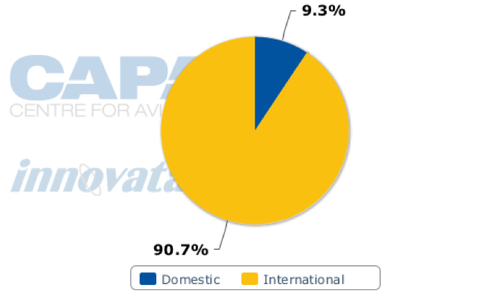 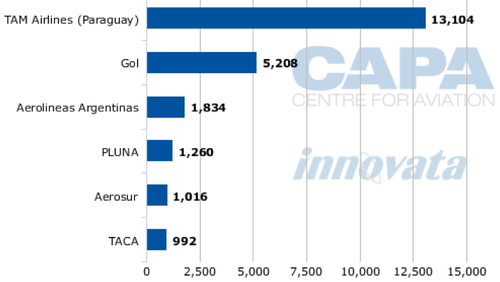 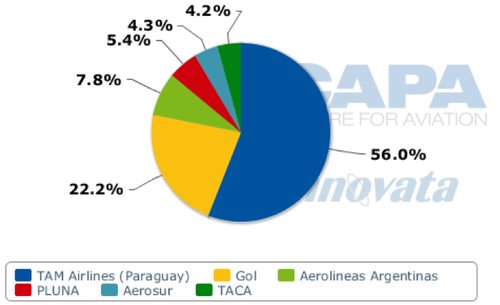 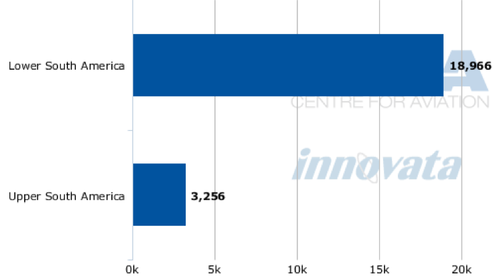 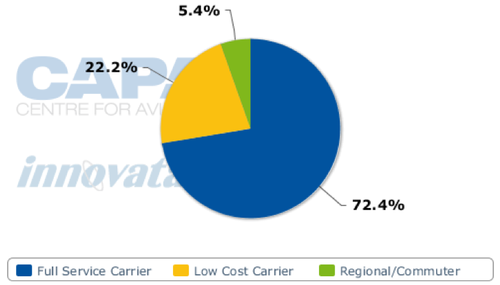 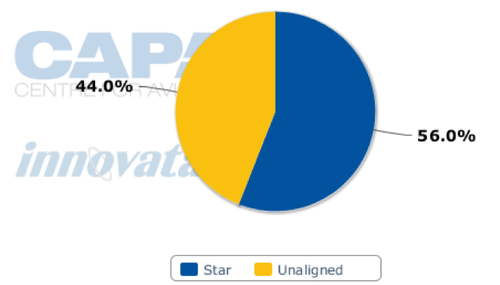 Asunción is the attraction

Would the Paraguayan airports make for a good investment prospect? With so little activity outside the capital, Asunción is the attraction. The others are probably not but may not be separated.

At Paraguay's main airport in Asunción, existing connectability (especially that made available through TAM/Star) and the potential for new US and European routes are positives, as is the country’s present day economic situation, though this can vary considerably.

Much of the economy is transacted at the micro level but there are globally important commodities in the country. Much of the population is concentrated in and around the capital. Latin America generally is expected to be one of the fastest-growing regions for air transport in the next decade.

On the downside there is a groundswell of animosity towards the privatisation from aviation unions (who will take heart from the postponement of the Madrid and Barcelona concessions in Spain and anti-privatisation strike action in Brazil), there is a lot of work to be done to bring the airport up to scratch and to make it fit for purpose for international business, and any investor must appreciate that the infrastructure generally in Paraguay still requires much in the way of improvement.