Shares in Pakistan International Airlines plunged 7.4% in trading on Monday. The carrier announced late last week that it is in the process of finalising a restructuring plan, which is expected to be revealed in late April or early May. Shares in the carrier are up 9.1% for the year-to-date. 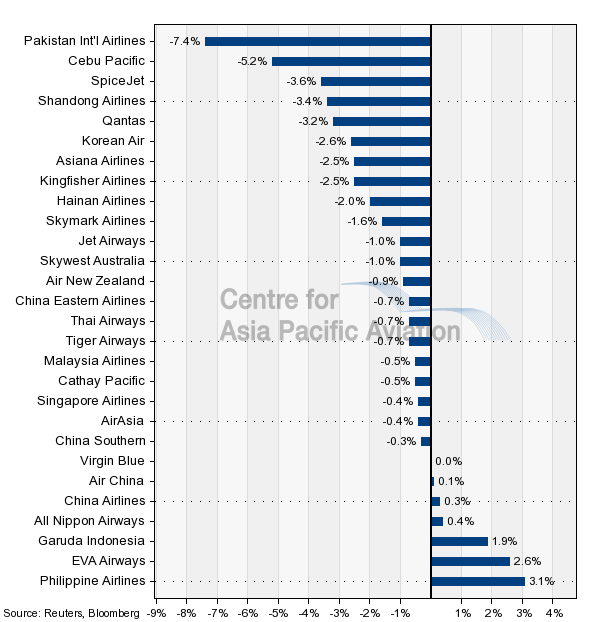