The US Department of Transportation (DoT) reportedly announced plans to delay its ruling on the proposed trans-Atlantic alliance of British Airways, Iberia and American Airlines. Its ruling may be postponed by at least two weeks beyond the scheduled 31-Oct-2009 deadline, due to differences in opinion on how to assess the case between the DoT and Department of Justice. The DoT also plans to coordinate its response with the EU’s findings, which is also reportedly slowing the assessment.

American Airlines stated last week the ruling was likely to be delayed, while British Airways stated it remained hopeful the decision would be made by the deadline, and is confident the application will be approved. 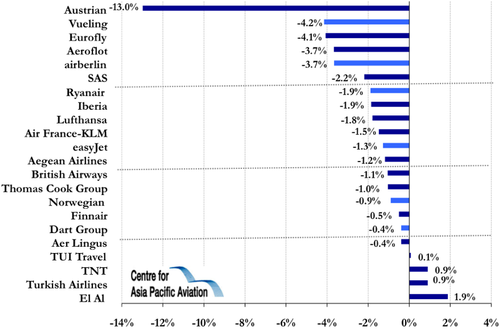