Zurich airport reported passenger traffic rose 5.1% in Jan-2011, while cargo traffic rose 8%. Commercial revenues at the airport declined in the first month of 2011, with overall sales to departing passengers down 7% year-on-year.

Korean Airport Corp shares fell 2.6%. The South Korean Government stated it has not yet made a decision on the USD8.9 billion project to construct a new international airport in the south-eastern part of the country. Busan City and Daegu are competing to have the airport located at their preferred sites. A decision is due in Mar-2011. 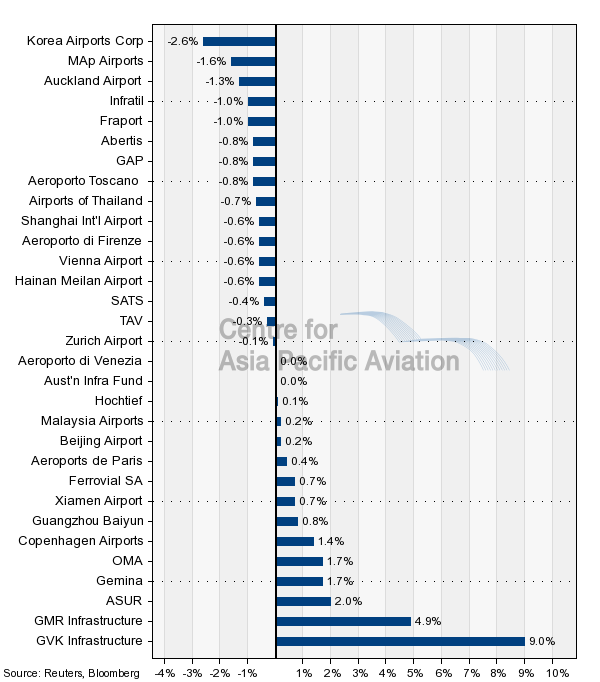