The airline expects to announce a manager for a 25% stake sale by Jun-2010, following a meeting of the Board of Directors and Central Bank. MEA is valued at USD1 billion. No single investor is permitted to own more than 1% of shares, which will be listed on Lebanon’s stock exchange.

In Africa, Kenya Airways (-1.7%) shares were down again, as the closure of European airports continued to affect its operations. The carrier intends to resume services between Nairobi and London Heathrow today. 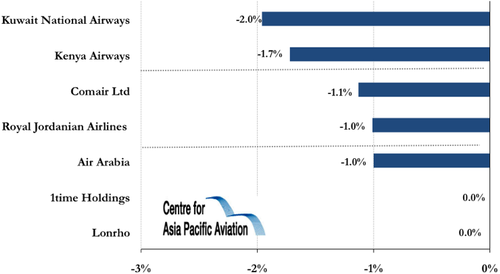