MAp up as it takes a step closer to independence, Fraport also up on “slight” recovery outlook

Shares in Macquarie Airports rose 1.7% yesterday as MAp released an independent expert report, by KPMG, on its internalisation proposal.

In Europe, shares in Fraport rose 2.5% as the operator of Frankfurt Airport expects a “slight” recovery in passenger traffic over the next two years, from the 6% decline it forecasts for this year. 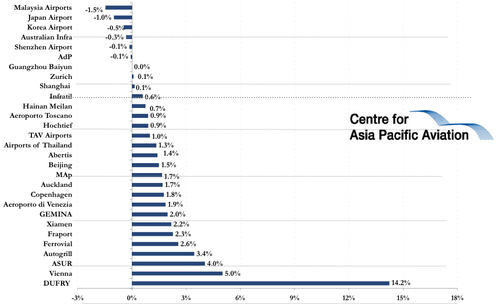