Strong demand despite the Japanese earthquake and the tension in the Middle East has improved Malaysia Airports (MAHB) net result in 1Q2011 to MYR88 million (USD29.3 million), up 20% for the same quarter in 2010. The Malaysian Airports operator reported a 22% revenue increase, but EBITDA was down marginally.

MAHB plans to introduce an incentive programme from 01-Jan-2012, with the current scheme terminating at the end of 2011. CFO Faizal Mansor stated: "We may or may not, offer a new incentive scheme which rewards airlines for year-on-year passenger growth. This would be more in line with the kind of incentives other airports offer."

Mexico's Grupo Aeroportuario del Pacífico (GAP) announced that it has contracted an additional line of credit for the Guadalajara, Puerto Vallarta, Los Cabos, Hermosillo and Guanajuato airports, for a total of MXN1023.98 million (USD8.8 million). GAP has selected HSBC for the credit line. HSBC has authorised a line of credit for up to MXN1575.36 million. 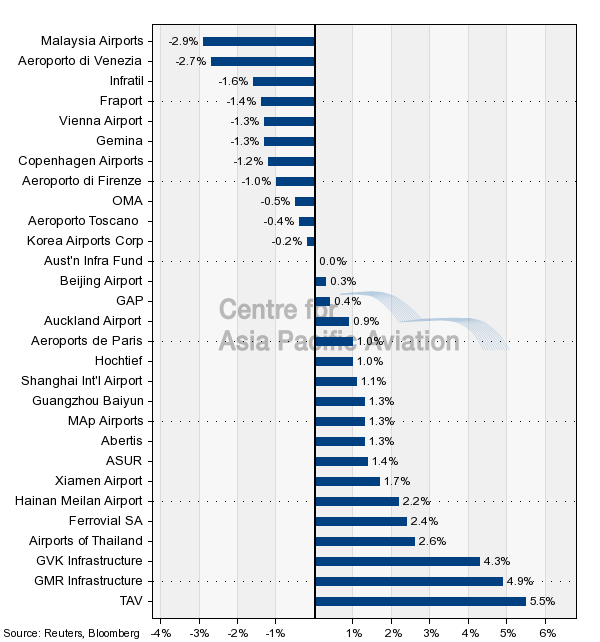