Malaysia Airlines’ (MAS) shares fell 6.5% on 31-Dec-2009 and closed the year down 9% (one of just three Asia Pacific airlines’ shares to have fallen over the full year of 2009) as investors respond to developments in airline’s strategy.

MAS was active on many fronts on Dec-2009, proposing a rights issue to raise up to MYR3 billion (USD870 million) and entering an MoU with Airbus for the purchase of 15 A330-300s, with an option for ten more. The biggest shift in strategy however has been its decision to move from exclusively operating leased aircraft to a future mix of leases and acquisitions. (MAS envisages eventually owning one third of its fleet).

In doing so, MAS is unraveling a key plank of a previous restructure – the Widespread Asset Unbundling (WAU) exercise of 2001/02, which saw a total reorganisation of its balance sheet and transfer of fleet assets and liabilities to newly created state-owned body Penerbangan Malaysia Bhd (PMB).

Khazanah Nasional Bhd and subsidiary PMB, which collectively own 69% stake of MAS, have undertaken to subscribe in full their entitlement of the proposed 1-for-1 rights issue, at MYR1.60 per share. The funds will support the airline’s fleet renewal programme that commences in late 2010. The carrier’s fleet currently comprises 81 leased aircraft, with up to 66 new aircraft to be added by 2016.

MAS Managing Director and CEO, Tengku Datuk Azmil Zahruddin, told The Star newspaper that after a “tough” 2009, 2010 will be “better”, although there will still be some uncertainty, “particularly in the first half”. 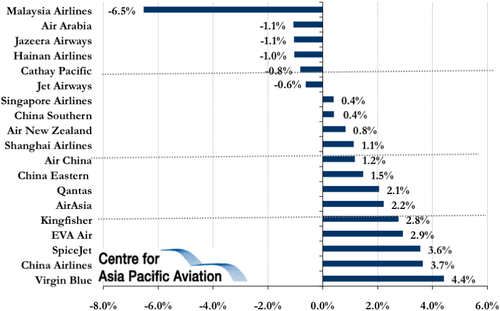