Japan Airlines (JAL) has reportedly deferred talks with Delta Air Lines and American Airlines over possible equity investments, to focus on developing a restructuring plan with a government-backed task force, according to the Kyodo newspaper.

The move, if confirmed, would suggest the heavily indebted and loss-making JAL has gained some reassurances the government will guarantee the carrier’s funding arrangements at least until the end of the current financial year (to 31-Mar-2010).

Meanwhile, Jet Airways’ shares surged 12.9% on Monday, as the airline announced its plans to raise funds from international institutional investors will be considered by the Foreign Investment Promotion Board this week. 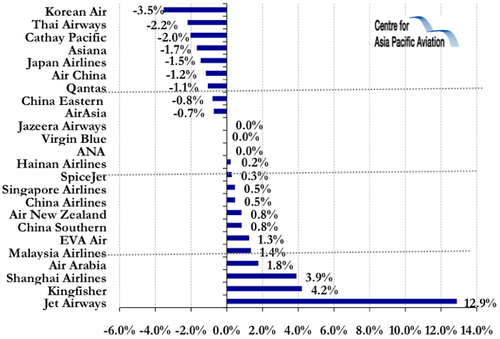