Lufthansa’s shares rose a further 3.3% on Friday taking the month’s gain to close to 10% as the airline announced leadership succession and fleet modernisation plans.

Gaining altitude: Lufthansa’s share price (EUR) over the past month 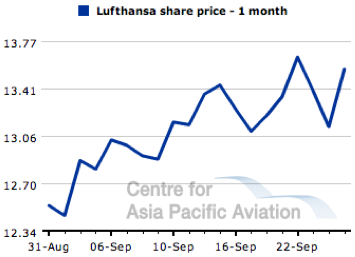 Last week the airline’s Supervisory Board approved the Group’s order for 48 new aircraft for replacement and growth, including eight A330-300s equipped with Rolls-Royce Trent700 engines to be deployed on long-haul routes. The remaining 40 aircraft will be deployed on European continental routes.

The aircraft, with a list value of approximately EUR3.5 billion, will be delivered to the Group from 2012. The financing of the orders “shall occur using the Group’s liquid assets or external financing”. 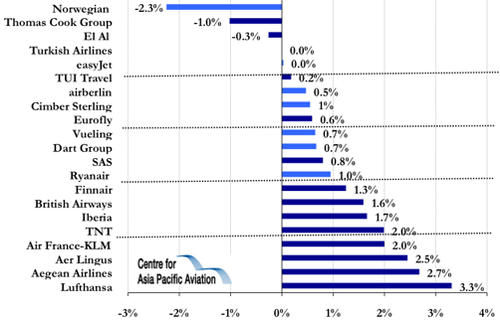