Lufthansa is set to hold a 95.4% stake in Austrian Airlines from 23-Sep-09, following the conclusion of transactions arising from the extended acceptance period.

The European Commission approved the takeover by the German carrier on 28-Aug-09, when Austrian Airlines shareholders offered a total of over 75% of the necessary shares for sale, meeting Lufthansa’s preconditions for the merger. The merger was initially scheduled to be closed within ten stock exchange trading days. Austrian Airlines’ shares were down 1.9% yesterday, while Lufthansa gained 0.8%.

Shares in Iberia were down 0.5% following the release of the carrier’s traffic results for Aug-2009. Passenger traffic (RPKs) declined 6.5% year-on-year in the month, attributed mostly to a 7.3% and 7.9% drop in medium and long-haul traffic, respectively. 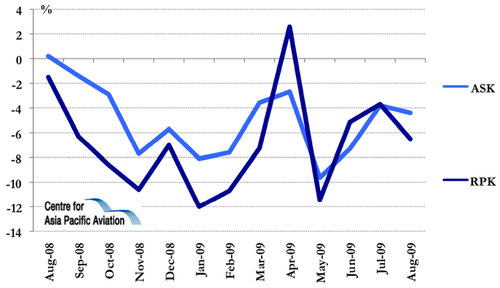 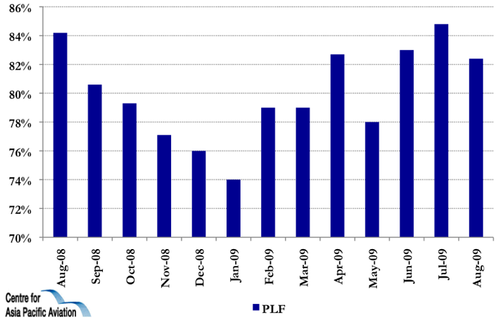 Meanwhile, AEA Secretary General, Ulrich Schulte-Strathaus, stated the industry is in a "desperate situation" if airlines cannot make money when load factors are running close to 82% - which was Iberia’s load factor for Aug-2009. Mr Schulte-Strathaus stated, "the premium-travel market has taken a huge hit from the financial and economic crises. Airlines across Europe are offering great deals to business passengers, but are still not managing to re-energise the market.” 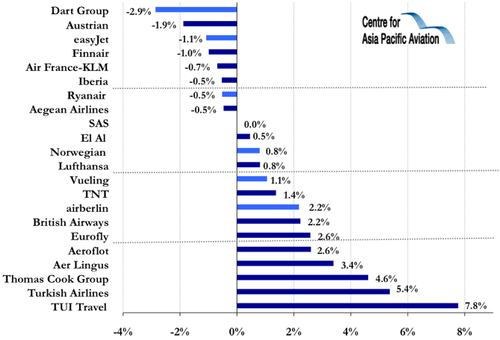