British Airways announced further adjustments to its Gatwick schedule this Winter, adding services to Bermuda (from five to six frequencies per week), Barbados (from nine to ten) and St Lucia and Port of Spain (from three to five), while services to Alicante, Palma, Malta, Madrid, Barcelona and Krakow will be suspended.

SkyEurope’s shares advanced a further 17.7% yesterday. Over the past two trading days it has almost clawed back Monday’s 34% fall as the loss-making carrier announced it is seeking creditor protection as it restructures. 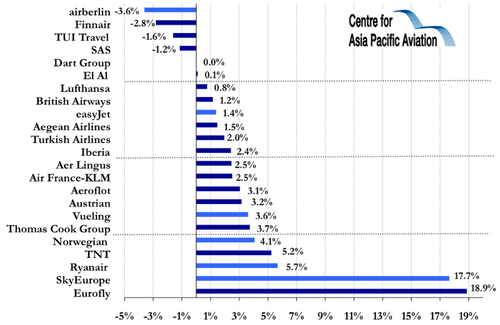