Latin America, long an afterthought within the global airline industry, is starting to make its mark, driven by surging economies and the innovation of a handful of relatively large airline groups.

Led by Brazil, the largest of the region’s domestic markets, the continent now supports a broadly profitable industry, due largely to the success of internationally consolidated trans-national full service airlines.

The latest edition of Airline Leader, the strategy journal for airline CEOs, features a comprehensive report on this important and highly profitable growth market.

-       Latin America’s underdeveloped low-cost carrier sector, both domestically and in the fast-growing intra-Latin America international market, and the potential for LCCs to expand using the cross-border joint venture model

-       The reasons behind the widening growth gap between the top six airline groups – TAM, LAN, Gol, Avianca-TACA, Aeromexico and Copa – which count among some of the world’s strongest, and the region’s smaller airlines.

The report also analyses the dominance of US carriers in Latin America’s international market and the prospects for foreign carrier investment in the sector, and provides an update of alliance developments in Latin America and what may happen once LATAM selects a single alliance grouping.

The report, as well as the full edition, can be viewed at airlineleader.com 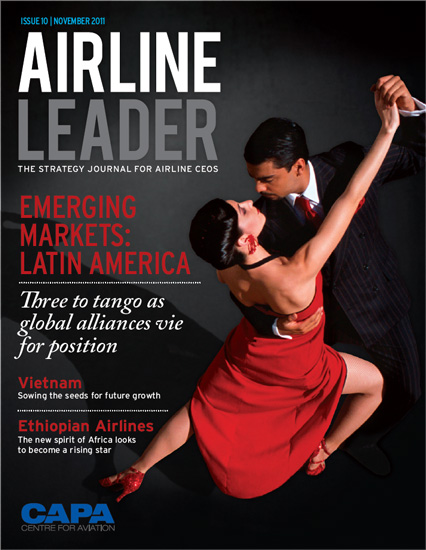