Latin American airline stocks were mixed yesterday, led lower by LAN and TAM (both down 1.8%).

LAN's stock has fallen since it announced at the start of the week that it would suspend non-stop Santiago-Toronto service in early-Apr-2011 due to rising crude oil prices. In Feb-2011, the company stated it will increase ticket prices for its international routes between 8% and 12%.

US airline shares were mixed, led lower by Hawaiian and Southwest (both down 0.8%) and higher by American Airlines (+2.6%). 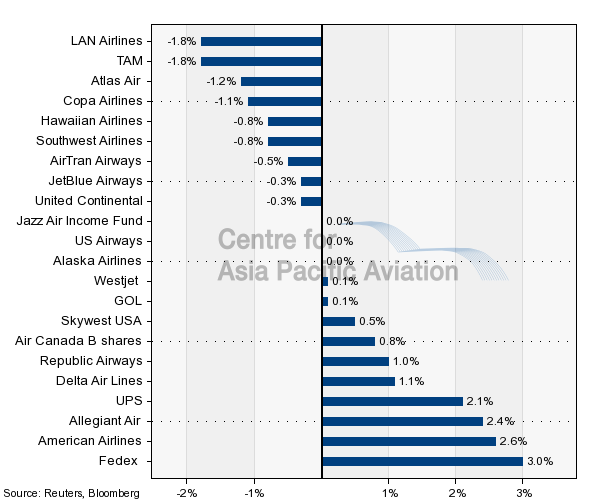